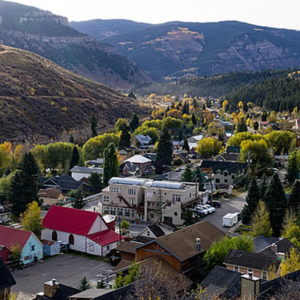 Atop Vail Mountain, the sun is beginning to lower towards the Flat Tops Wilderness area after a long day of skiing. To wrap up the perfect powder day, you approach a backcountry gate leading to a 3-mile, 3,000-foot plunge that deposits you a short walk from the warmth of a historical saloon in a town old enough to be Vail’s grandparent. Affectionately coined the “Minturn Mile”, this well-known backcountry ski run isn’t the only factor that draws visitors to the little town of Minturn, Colorado.

With roots running all the way back to the late 1800s, Minturn holds a refreshing bit of history compared to the rest of the relatively young towns in the Vail Valley. Early families arriving in Minturn set up homesteads and started farming, but it wasn’t until the railroads came and connected the small mountain town to the rest of the world that the area really started to flourish. 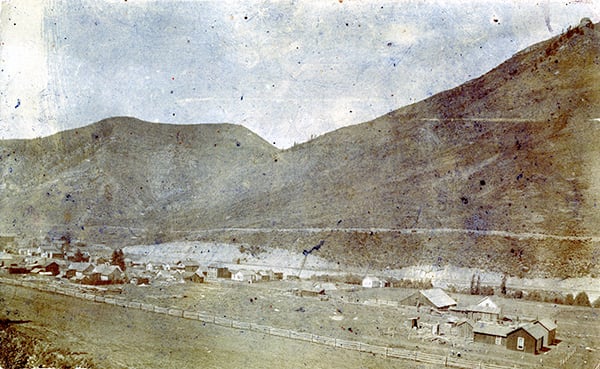 *Town of Minturn in 1876. The view is to the north west. Lionshead Rock is in the far upper right of the photo.

In 1887, the Denver & Rio Grande Western Railroad finally reached the town thanks to a project funded by shipping tycoon Robert B. Minturn. With this namesake, it’s not surprising that much of Minturn’s history is deeply founded in the railroad and mining businesses. 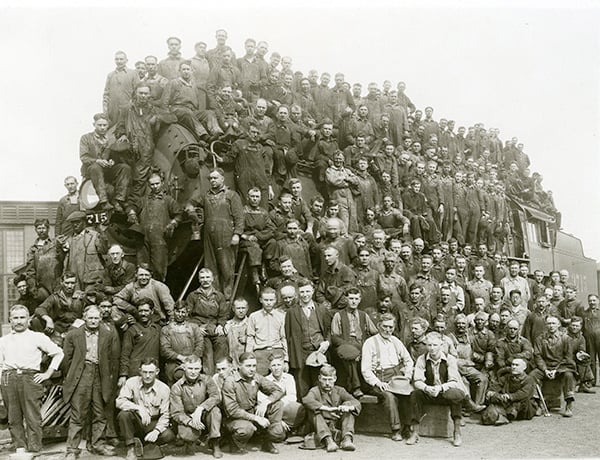 Many original Minturn residents were either railroad workers or commuters working at the nearby mining town of Gilman, developed in 1886 during the Colorado Silver Boom. As the population grew the need for various town services arose; such as the Minturn Mercantile, which opened in 1891 and the town’s first school, which was built in 1892. 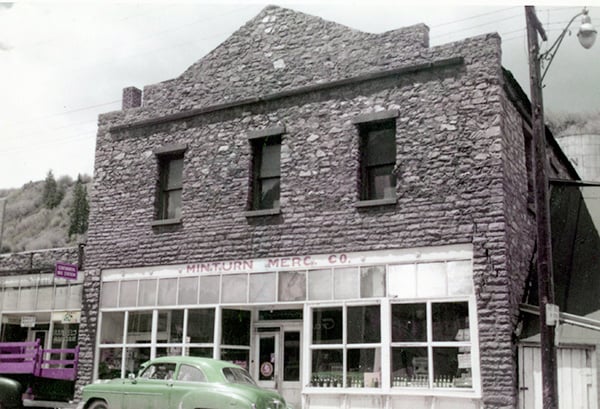 By 1900, the town population had grown to 428 residents; still mostly miners, railroad workers, and their families. To accommodate for so many hard working citizens coming home after a long day on the railroad or in the mines, W.H. Luby opened The Saloon, a local watering hole that still stands 115 years later and serves as the unofficial final destination of the Minturn Mile ski run mentioned above. According to The Saloon’s co-owner, Steve Campbell, a good snow day can bring in over 150 people packing shoulder-to-shoulder with a fence of skis surrounding the outside of the building. 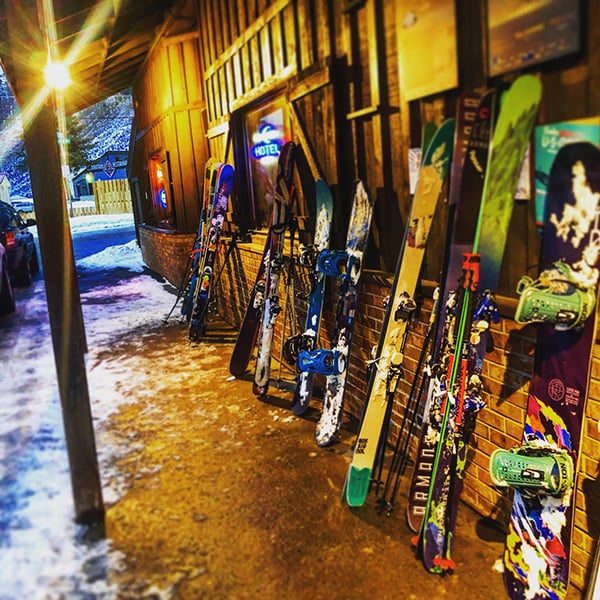 With a growing collection of residents, stores, schools, and saloons, Minturn was incorporated as a town in 1904. The town continued to grow as a home for miners and railroad workers, but in the 1920s a new source of economic growth began to sprout (literally). On land now known as Meadow Mountain, Evercrisp Lettuce Company grew enough “green gold” to unofficially title Minturn as the lettuce capital of the United States. This era was short lived as growers realized that lettuce could be grown year-round in warmer states such as California, and the loss of lettuce production was not the only economic shift that Minturn would face in the coming years. 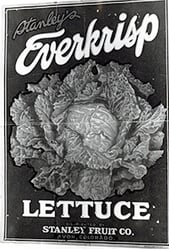 In 1962, Pete Seibert and Earl Eaton built a ski resort at the base of a mountain a few miles east of Minturn, and within four years this resort had blossomed and the town of Vail was incorporated. Before long, Beaver Creek Ski Resort also opened its slopes to the public and the town of Minturn was now sandwiched in between two prosperous ski resorts. This development may have weakened the blow when Gilman Mine closed its doors in 1977, laying off over 150 workers and leaving a ghost town looming on the side of Battle Mountain. With no more mining products to transport and a new interstate running past the town, the last railroad in Minturn closed in 1997 and the town became much like the one we know today.

Minturn’s modern claim to fame may be the Minturn Mile, but a couple other events have been known to draw a crowd to the town. In most areas, the day of October 30th is the last chance for kids and parents to put the finishing touches on Halloween costumes and run to the store for candy to hand out. However, on the 30th in Minturn, the candy bowls better be full because the kids are in-costume and waiting at the door. Minturn’s early-bird Halloween draws in families from all across Eagle County and local businesses such as The Saloon have adapted to accommodate for the spooky population boom that comes once every year.

Finally, Minturn made national news in 2015 with a “functional art” project; the function of the art being a public restroom. That’s right, the public restrooms of Minturn have been nationally recognized by Cintas’ America’s Best Restroom contest; at least we know the town isn’t flushing taxpayer money down the drain!