History of Snowshoeing in America 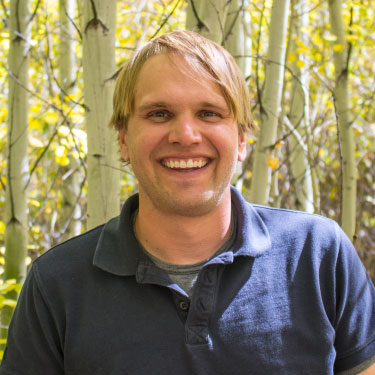 It is getting to the point in the ski season where the vert is beginning to stack up and the sun is rendering our favorite slopes virtually bulletproof. What this means, is that it’s time to take a day off our world-famous ski hills and hit the trails for some backcountry fun the old-fashioned way. That’s right, we’re going snowshoeing!

Snowshoes were probably first used in present-day central Asia about 6,000 years ago and it is believed that snowshoes made the journey to North America on the feet of the very first inhabitants of our continent. So when you’re out glissading down Meadow Mountain or breaking trail up Buck Creek, you are not only burning between 600-800 calories per hour, you’re also participating in arguably the oldest “American” pastime.

Jump ahead roughly 5,700 years to the mid-18th century as English immigrants began to settle the St. Lawrence River valley in present day New York. French fur trappers had settled in the area and were keen to adopt this novel mode of transportation from the Native Americans. The English settlers didn’t take to the new technology quite so much and many have speculated the slow uptick by the English settlers culminated in a loss at the so-called Battle of the Snowshoes near present day Lake George during the French and Indian War.

Flash forward another 200 years, to 1970’s Washington State and we find one of the first “modern” snowshoes constructed of an aluminum frame and a neoprene decking. This transformation revolutionized snowshoeing and is credited with popularizing snowshoeing as a means of recreation rather than transportation and survival. Redfeather Snowshoes, once based out of Leadville, is credited with continuing the snowshoe boom by introducing even lighter snowshoes constructed of aluminum and a hypolon toe cord. These lightweight and easily maneuverable snowshoes created the opportunity for distance runners and other endurance athletes to train year round and brought attention to the sport of snowshoe racing. In the early 1990’s, an extra traction device was added to most commercial models allowing for greater stability on traverses and narrow ledges. The snowshoes available today in your local outfitter share the same technology as the snowshoes brought to North America 6,000 years ago with only minimal changes to the shape and moderate changes to the construction.

Ultimately, snowshoeing represents many of the best things about our country. It represents equality. Unlike much of the outdoor specialty product market whose products are geared towards men, sales records indicate that 50% of snowshoes are being purchased by and for women. Snowshoes represent the merging of cultures. They were brought to North America via the Bering Land Bridge and were tweaked by each Native American tribe and every culture to set foot (in the snow) on our continent since. Snowshoes enable recreation on public lands, our national treasures. For less than the cost of a lift ticket, you can purchase your very own set of snowshoes, take a short drive to the trailhead, and experience the solitude, beauty, and infinite opportunity that our public land systems have to offer.

Snowshoeing has been great for thousands of years, but maybe it’s been a while since you’ve strapped a pair to your boots. Don’t wait until the snow melts and mud washes away one of the best ways to explore this country’s picturesque public lands. Join one of Walking Mountains’ free tours or sign up for a backcountry excursion to enjoy the ancient art of snowshoeing, and celebrate the very things that make this country special. To learn more about Walking Mountains free snowshoes visit www.walkingmountains.org/snowshoe.

Peter Suneson is the Community Outreach Coordinator and manages Walking Mountains’ backcountry hiking and snowshoeing programs. When he’s not in the office you’ll find him (maybe) somewhere in the woods!

Peter Suneson is the Community Outreach Coordinator and manages the backcountry hiking and snowshoeing programs at Walking Mountains Science Center. He invites you out on the trail with him to experience the sights, sounds, and smells of our local trails (just not his boots!).