Why Does Snowpack Matter? 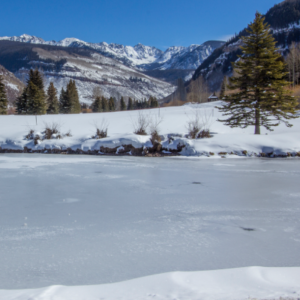 Let it snow, let it snow, let it snow! We all sing it for different reasons. For some, it helps them get into the holiday spirit; for others it gets them excited to ski the pow. And still others may chant it knowing that it will bring a great whitewater rafting season. And there are always those who chant it because the snowfall boosts the local economy. But snowfall is something we all rely on, maybe without even realizing it.

Water is a pretty scarce resource everywhere, but it can be especially scarce here in the arid west where we don’t see a lot of rainfall. So the western part of the United States relies heavily on snowfall and snowpack from the winter months to get through the drier summers. The snowpack we see around us today will soon provide us with water for drinking, irrigation, domestic usage, and possibly even energy production. It also supports a healthy ecosystem and fills up local aquifers across most of the western region.

We benefit from some of this snowmelt on a local scale, but most of the snowmelt flows into the Colorado River, whose watershed spans several states ---- Utah, Arizona, California, and of course Colorado. This snowmelt supplies some of the bigger cities that are in or near the Colorado River Watershed including Denver, Las Vegas, Phoenix, Tucson, Los Angeles, and San Diego. So you might say there are just a few people who depend on this water.

Vail usually sees an average snowfall of about 350 inches a year. Currently we have only seen about 190 inches of snowfall this winter season, but the season isn’t over yet! Everything could all change in the next month, we’ll just have keep our fingers crossed. On average, 10 inches of snowfall is equivalent to about 1 inch of rain. So right now we will see about 19 inches of water melting and flowing into our local Eagle River and ultimately into the Colorado River.

We are already seeing this snowpack begin to melt. It’s more prevalent in some areas than others, but we have been getting warm days which is causing the snowpack to melt little by little every day. If we start to see significant melting happening too soon in the season, this can be a threat for not only our skiing, but also for the animals that rely on this snowpack for warmth and cover. We have quite a few small mammals in our area that forage under the snow in what is called the subnivean layer. This is the layer at the base of the snowpack where the heat from the ground creates a warm habitat for small mammals like voles, shrews, mice, weasels. When the snowpack starts melting too early, water will percolate down into the subnivean layer, causing confusion for these animals and threatening their protective habitat. This is one reason why it is important to have winter-like conditions during the winter.

So as you stand, slide, or shuffle above the snowpack this winter, remember that snow is not just pretty and fun, it’s also an important component of our local ecosystem and beyond. The crystals that sparkle and glimmer on the hillsides today will be the drops of water slithering through the valley floor tomorrow. We all depend on this snow in some way, and it’s worth taking a moment to consider its value, to us, to our neighbors down the watershed, and to the wildlife that share our home.

Emily Brown is a Winter Naturalist at Walking Mountains Science Center in Avon. You may have seen her on Vail Mountain's snowpack this winter, enjoying some skiing fun.