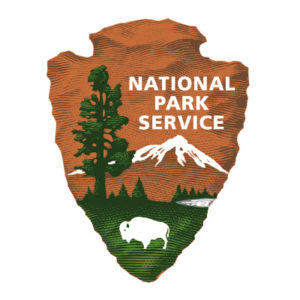 A few years ago, I wrote my July 4th column on the importance of wild country in the ideals of freedom and independence. And today, these ideals seem even more important, and the presence of wild country and wild critters is further imperiled by the day. And it all makes me think back to some of the conservation giants, the great leaders who had the forethought to set aside national parks, forests, and monuments. Each square acre of preserved land, building, or species stands as a testament to their willingness to stand up and speak for the silent. Today, we salute the founders of conservation and preservation and recognize that they have granted to us the freedom to explore, the freedom to risk our lives doing crazy glorious stunts, and the freedom to learn from our both our wild and our human heritage.

Yellowstone National Park was the United States’ first national park, but it is also credited as being the world’s first national park. Can you imagine how radical such an idea must have been back in 1872 when it was proposed by the states of Wyoming, Montana, and Idaho? What a forward thinker President Ulysses S. Grant must have been to sign this order into law, protecting that unique landscape and its charismatic megafauna. In the years that followed, other parks were established, but it was not until 1916 that President Woodrow Wilson created the National Park Service, within the Department of the Interior, to be responsible for protecting the 35 national parks and monuments established by that time.

The National Forest Service also arose during those reorienting days after the US Civil War, and the first awareness that timber was a valuable, but limited resource. This was first recorded by Dr. Franklin D. Hough, a physician, historian, and statistician, in his research on timber depletion. His paper, “On the Duty of Governments in the Preservation of Forests,” was presented at the annual meeting of the American Association for the Advancement of Science (AAAS) in August 1873. The AAAS sent a petition to Congress the very next day, but in typical government fashion, it was another three years before they would take action on the matter, appointing Hough to begin another study, and eventually as chief of the temporary agency that would one day become the US Forest Service.

There are so many great leaders from our past who have championed conservation, preserving millions of acres of forests, grasslands, plains, rivers, valleys, swamps, mountain tops, deserts, canyons, mesas, trails, rambling brooks, boulder fields, scrubland, historical buildings, sacred sites, and so much more. And so this column is a huge thank you to the brave visionaries from America’s past, to the scientists who gave us the understandings, and to the leaders who listened. Thank you for the wood, the energy, and the minerals that give us comfort and shelter (and way more!) each and every day. Thank you for saving bits of our history, that we might learn from the stories of the past and share them with our children. And most importantly, thank you for these beautiful lands where we can leave behind the worries of the modern world and immerse ourselves in beauty and peace. Happy 4th of July everyone, enjoy your freedom!

Jaymee Squires is the Director of Graduate Programs at Walking Mountains Science Center in Avon and she will be celebrating the 4th by exploring new wild lands in the home of the free and the brave.