Putting the Past into Perspective 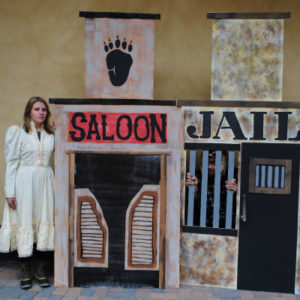 We’ve all heard the tales and legends of human history in Colorado - resourceful Utes, daring explorers, eager miners, and wild cowboys. However, Colorado was an exciting place to be long before the first prospector dug his pickaxe into the Earth.

Prehistoric Earth was a place of constant change, with something new and exciting happening almost every era. To wrap our heads around the time scale of our planet’s geologic history, imagine shrinking all that time down into a 24 hour day, rather than a 4.6 billion year timespan.

Our story begins at 12:00 am - 4.6 billion years ago (bya), where bits and pieces of material in space began colliding and clumping into one large mass of rock and lava that would someday harden and fill with plants, animals, mountains, plains, deserts, and oceans.

By 4:00 am (3.8 bya), single celled organisms were present, and the long history of life on Earth began. Around 5:30 am (3.1 bya) those cells figured out how to generate energy from the sun using photosynthesis, and 12 hours later (2.5 bya), they learned that life’s easier when you stick together and multicellular organisms begin joining the party.

Around 9:41 pm (600 million years ago, (mya)), those photosynthesizing cells had cracked the secret to living on dry land and plants began to make their way out of the oceans and onto the continents. Those plants then created the conditions for life on land, and by 10:41 pm (251 mya), there were dinosaurs roaming the Earth. However, less than an hour later, at 11:39 pm (65 mya), the dinosaurs were completely extinct.

The loss of dinosaurs opened up a vacancy on the planet, and the age of mammals began. Around 11:42 pm (56 mya), we began to see the appearance of modern mammal families, though they faced major extinctions during the ice ages that went on from 11:59:00 to 11:59:58 pm (2.5 to 0.01 mya). Notice that we are now measuring time in mere seconds as we approach the present.

In the last two seconds of the day (10,000 years ago to present day), what we know as modern humans evolved and since then, have changed it in ways that no prehistoric plant or animal could have managed. We used our opposable thumbs to create tools from the materials the Earth provided, and with those tools we’ve planted food, built homes, fought wars, dug mines, constructed cities, and raised families, among many other feats.

With the dawn of humans, the landscape of Colorado changed drastically. Westward expansion brought farmers, ranchers, and explorers from all over, and the first sighting of gold brought hordes of miners that built many of the towns we live in today. Even now, Colorado is growing as people from all over the world heed the call of the mountains and the wilderness that make our state such a unique place.

While reading about the history of Colorado and the rest of the Earth can be interesting, living it is another story entirely! To walk through geologic time, dig for dinosaurs, pan for gold, create fossils, and visit an old ghost town, join Walking Mountains Science Center in learning about Colorado’s Petrifying Past at our annual Fright at the Museum. The family friendly event takes place on Saturday, October 21st from 3-6 pm. Tickets are going fast, so be sure to register online at www.walkingmountains.org/spooky.

Haley Baker is a Naturalist and Sustainability Intern at Walking Mountains Science Center. You can find her as “Haley’s Comet” putting on her own Big Bang at Fright of the Museum this Saturday.