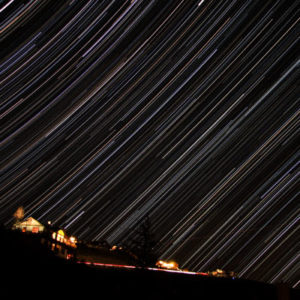 Unlike most meteor showers, the Geminids are caused by an asteroid instead of a comet. The asteroid, 3200 Phaethon, takes 1.4 years to orbit the sun and can bring 120 meteors per hour at its peak. The meteor shower is named after the constellation Gemini because the meteors can be seen coming from the direction of Gemini in the east sky. Unlike the Geminids Meteor shower that got outshined by the December super moon of 2016, this year’s meteor shower will happen during a waning crescent just days before the new moon. What this means is that it will be dark enough to see plenty of meteors.

To get the best views of the sky, find a place that is far enough away from cities that you have little to no light pollution. Although these conditions may be hard to obtain, here are a few tips. Cities further west with drier weather will have a better chance of having clear skies uninterrupted by clouds. Smaller towns like Gypsum or Dotsero are far enough away from the bigger cities that they have little light pollution. My favorite stargazing spots in the area are north of Dotsero along Coffee Pot Road. During the day, this road provides scenic views overlooking the surrounding towns and lakes. There are also several nice campgrounds along this road including Coffee Pot Springs, White Owl Lake, and Deep Lake Campground where you can still spend the night for only six dollars! Be careful while driving along this route though; winter conditions can change quickly and this forest service road is not plowed, and even in the summertime, this road winds up the side of a steep mountainside with precarious drops on one side.

Less ambitious meteor-watchers can also drive along Colorado River Road and stop along the way at one of the many pull off areas where you can see the stars silhouetted against the Colorado River and mountain ridges. Along the river, there are also some free camping spots, but you may want to come early for these as they are filled on a first come, first served basis. As with anything this time of the year, dress warmly and in layers. Don’t worry if you don’t have a telescope, these meteors will be bright enough to see with the naked eye. Of course, if you would like to take the telescope, the sky will be dark enough to see many stars and constellations and perhaps catch a glimpse of the Milky Way! My final tip for meteor-watching is to bring a lawn chair and a sleeping bag – the sleeping bag will keep you warm and cozy and the lawn chair will keep you from getting a crick in your neck! So don’t be afraid of the cold weather, get out there and catch a glimpse of the best show this year!

Jerry Kizer was a summer naturalist with Walking Mountains Science Center in Avon and he is passionate about astrophotography and likes spending his free time fishing.