100 years of protecting birds, but has it been enough? 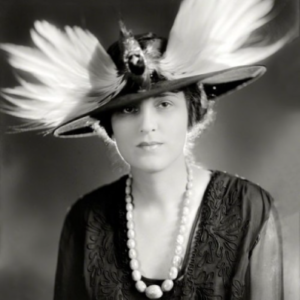 I have a confession to make. Like all domestic cats, my indoor cat, Ryu, is a killer. That’s right. He escaped onto the patio one day in July and took out two birds. Did he eat them? No. He simply removed them from the living population, for play. As a wildlife conservationist and birder, I was anguished to discover a male rufous hummingbird and a house wren lying still near his cat tower. Ryu provides us with a mere snapshot of the impact that free-roaming domestic cats have on our bird populations.

A 2013 systematic study estimated that cats kill 1 to 4 billion birds in the U.S. per year. Another study pointed to the indirect lethal effects of cats on birds. Just the mere presence of outdoor cats means that birds have to spend more time defending their nests and less time finding food for their young. These hungry young, or nestlings, are then smaller than their cat-free counterparts, which mean they have a lower likelihood of surviving to fledge the nest. I’m not sure where the Migratory Bird Treaty Act stands with owned and unowned free-roaming house cats, but I would surmise that these invasive predators contradict the intent of this Act.

The Act was implemented to “assure the preservation of species either harmless or beneficial to man.” At the turn of the 20th century, the unregulated hunting of avian-kind for fashion and sport was decimating bird populations. A string of extinctions, including that of the passenger pigeon, the heath hen, and the near extinction of the snowy egret, caused conservationists to raise the alarm. As a result, in 1918, a hundred years ago last month, Congress implemented the Migratory Bird Treaty Act.

Originally signed in 1916 between the US and Great Britain, the Act made it illegal to “pursue, hunt, take, capture, kill,” or “sell” a migratory bird or any of its parts. Any. That includes feathers, and that includes eggs and nests. Over 1,000 bird species are protected under this Act. Other species, such as the nonnative European starling, Eurasian-collared dove, and house sparrow, are not protected, and for good reason.

What happened after we implemented the Act? Well, species such as the Great Auk and Labrador Duck didn’t return from extinction, but we helped to avoid other North American species from blinking off the planet, at least on their breeding grounds, and at least for a time. We even signed similar treaties with Mexico, Japan, and surprisingly, Russia.

However, threats to migratory birds persist. In fact, one in eight birds is facing extinction, and although there are now more than 10,000 bird species, approximately 40% or 4,000 species are in decline.

Birds face a number of threats. The big ones – commercial farming, logging, invasive species, hunting and trapping, and climate change, are all human- caused. As a result, we humans can do what we can, on this 100th anniversary of the Migratory Bird Treaty Act, to help them. What will you do, today, tomorrow, or this year, to help our feathered friends?

Jen Prusse is a volunteer at Walking Mountains Science Center in Avon. She enjoys birding, camping, and exploring the natural world with her husband, Brent.