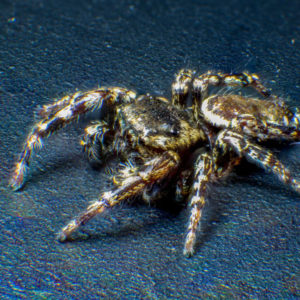 Lamps light the streets on this night, illuminating mysterious shadows lurking in the bushes. Children walk the paths, feeling mischievous as they decide to trick-or-treat homeowners. Faces of the monsters that stalk our dreams when we are children are illuminated and brought to light on this night.

The night I am describing is Halloween, as you might have guessed. This night brings alive the fictional and fantastical stories and characters we love to read about, but Halloween can also bring to life our biggest fears. While some may be afraid of zombies, ghosts, and skeletons, others fear real living things.

One of the most famous fantasy figures that has inspired so many costumes on Halloween is Dracula, the vampire that sprung from the imagination of Bram Stoker in his 1897 novel. The thought of a creature, especially a human, surviving off of the blood of another can be a terrifying thought. However, if you happen to find yourself in Central and South America, you may come across an animal just like this.

The common vampire bat is a flying mammal that feeds entirely on blood. Being a nocturnal animal, these bats sleep during the day in complete darkness, usually attached to the roofs and walls of caves. Vampire bats live in colonies and these colonies can range in size from one hundred to one thousand bats.

These bats are about the size of an average tea cup and can live up to nine years. To give you an idea about how much these bats eat, or rather drink, National Geographic reported that a colony of one hundred bats can drink the blood of twenty-five cows in one year. With cows having a blood volume of about 5 liters, that means that the bats can drink 125 liters of blood in a year. The bats have heat sensors in their noses used to find warm blood in their victims. The saliva of the bat contains a coagulant which keeps the blood from clotting and they typically drink from their victim for about thirty minutes. Contrary to popular belief, the bats do not drink victims dry, in fact they actually don’t drink enough to blood to even harm the host. While the tales might spook us, common vampire bats are actually quite harmless.

Another mythical creature that haunts our dreams and roams the streets of Halloween is a man that morphs into a powerful and vicious wolf, the werewolf. The origins of werewolves are actually quite disputed. Werewolves popped up in all sorts of legends from many different cultures, but the fact remains that most were probably inspired by the incredible animal itself, the wolf.

Wolves congregate in packs of up to ten animals and can travel long distances every day. Being a social species, these canines communicate mainly through their trademark howling. They may communicate to their own pack or to rival wolves in order to determine and defend territories. They hunt large animals like deer, elk, and moose together and can eat up to twenty pounds in one sitting. But there’s no need to fear wolves on Halloween as they barely ever attack humans.

With Halloween upon us, it is fun to escape into the tales and legends that are meant to scare us. But many of these fantastic tales have risen out of a fear of the unknown, and often the truths about nature’s frightening beasts are far less frightening in truth than in our imagination.

Breanna Sayers is a naturalist at Walking Mountains Science Center who originates from Wichita, KS. She enjoys dressing up for Halloween but has not decided what she will be this year.