How Animals Prepare for Winter 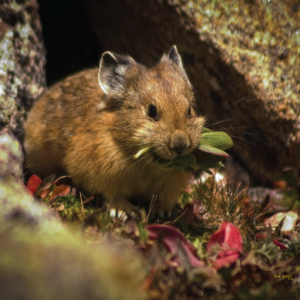 The winter is fast approaching as ski season begins. You might be preparing by digging your winter woolies out of the back of your closet, dusting off your skis, or stocking up on hot cocoa to keep you warm this season. We have a lot of things that we start to do to prepare for snow and the winter, but do you know how the wildlife that lives around us prepares for winter? Let’s take a deeper look at the different adaptations animals have in the winter time.

If you frequent the Eagle Valley, you may notice that you don’t see a lot of the same animals in the different seasons. One reason for this phenomenon may be hibernation. An animal that hibernates can be defined as an animal that spends the winter months in a resting state. When you think of animals that hibernate, the first animal that many think of is a bear. However, bears are not true hibernators. In the winter, bears go into a state called torpor. Torpor is similar to hibernation, but it is not a true state of rest. When an animal goes into torpor they move into a state of decreased physiological activity which allows them to reduce their body temperature and metabolic rate. This allows them to survive without a lot of food. Animals like ground squirrels and marmots are in a class of animals that are considered to be true hibernators. These animals go into their burrows and essentially sleep for the winter months. For both torpor and true hibernation, animals prepare for the winter by eating a lot of food, so they are able to sustain the winter with diminished food.

Migration is another culprit of the differing animals we see throughout the seasons. In the summer months in Vail, you might see hummingbirds and butterflies galore. However, in the winter these animals are gone. Because these animals are unable to live through the frigid Colorado winters, they move south to places such as Mexico. In the fall, you might have seen songbirds and Canada geese moving through the Eagle Valley. These animals are also migrant birds. We see them in the fall as they are moving from their summer homes in colder areas, to their winter homes in areas that are a little warmer. Ungulates like elk and moose are also migrants, they live more in the alpine regions in the summers and move to lower elevations in the winter months.

Animals that don’t participate in hibernation or migration have a lot of amazing adaptations to keep them warm and safe in the winter. Snowshoe hares and weasels actually completely change the color of their fur to prepare for winter. In the summer their fur is a brown color, while in the winter it turns white. This is because white fur is warmer and more insulating than brown. The lack of pigment in white fur allows more room for air to be trapped in the fur, creating warmth in the same way a sleeping bag would. Insects have a different strategy, and they generally try to find shelter for the winter months. This shelter can be under the bark of trees, in a small crack, or in galls. A gall is an area on a plant in which there is swelling caused by insects, bacteria or fungi. These spaces provide food and shelter for the winter months.

So, while you lace up your snow boots, think about how your preparation for winter is different than the animals that live alongside us in the Eagle Valley.

Caitlin Carroll is a Naturalist at Walking Mountains Science Center in Avon. She is eagerly preparing for her first winter in the Eagle Valley.