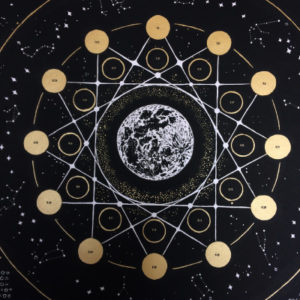 The New Year didn’t always begin on January 1. In fact, most places didn’t start adopting this date as the start of the New Year until the late 1500s when the Gregorian calendar was introduced. It succeeded the Julian calendar that had been more or less in place in various forms since the Roman Empire under Julius Caesar. These calendars account for the time it takes Earth to make a full revolution around our Sun, known as solar calendars, but other calendars mark different events.

In our Gregorian calendar, we have an intercalation every four years, called Leap Day. Some years around the world begin on different dates throughout the Gregorian year and hardly align with our solar calendar at all; several Middle Eastern, African, Indian, and East Asian cultures celebrate the New Year according to their traditions on alternate dates.

The common piece among New Years around the world is that we all celebrate. No matter when your new year begins, almost every culture considers it a time for reflection, repentance, and renewal. People celebrate this time with celebrations that vary from somber, private gatherings to boisterous and public events. What matters is that we recognize this time as an opportunity to set ourselves up for future success, which is what the natural world is doing all around us.

It’s difficult to say when the New Year begins for our environment. We know that wildlife and plants have their own cycles that are often based on the seasons, and some do cycle with the moon. But when is a black bear’s “New Year?” Does it begin when she beds down for winter and enters torpor, that deep sleep not unlike hibernation? Does her new year begin when she awakens fully in spring, leaving the den with her new cubs? Perhaps she doesn’t think about the annual cycle in terms of beginnings and endings, and instead understands that she just needs to prepare for the next step, ensuring that she and her cubs are ready for the future. The same must be true for many species.

While it really is just another day on Earth’s journey around the Sun, not particularly different from other days in that sense, humanity as a whole comes together in an understanding of our wrongdoings and in making plans to work toward our better selves in the coming year. Many state parks and other natural areas host First Day Hikes, starting the New Year off on the right foot, as they say. The New Year is an opportunity to think about how will we work together to become our better selves, and regardless of when we start our year, the natural heritage that we share with those around the world unites us in working towards these goals.

Nicholas Scarborough is a Foley Graduate Fellow and Educator for Walking Mountains Science Center, working toward his MA in Science Education. In addition to working with children, he also loves to paint, write, hike, and ski. You can find more of his writings about nature and art in his personal blog, The Art Outside, at http://theartoutside.wordpress.com.