To Change or Not To Change? The Case For Daylight Saving Time 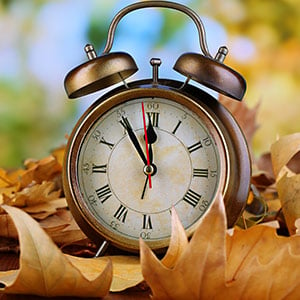 To change or not to change?  That is the question.  This year, Daylight Saving Time ended at 2AM on Sunday November 3rd.  The history of the first observers of Daylight Saving Time date back to World War I, but does it still make sense in today’s world?  I believe that in this specific local context and based off of the economic and health benefits, it does make sense to keep in place Daylight Savings Time.

First, let’s take a look at the history of Daylight Savings Time (DST), and how it connects to the current question of changing our clocks twice a year.  The original reason that DST was started was to conserve energy.  Germany was the first country to enact DST on April 20th 1916 during World War 1 and the United States adapted it on March 31st 1918 for the WWI effort.  From then until 1966, when congress passed the Uniform Time Act, states and localities could decide to observe DST and set dates for when it was put in place.  This ended up creating a lot of confusion and for a while, the Twin Cities Minneapolis and St. Paul had different starting and ending dates for DST.

So now we get back to the original question at hand, to observe or not to observe DST.  This question can be looked at from two different perspectives; energy and health.

One of the original reasons for observing DST was for the energy savings.  The lighter DST evenings means that people would be outside or using natural light and have less of a demand for electricity.  In the 1970s, the U.S. Department of Transportation did a study and concluded that total electricity savings associated with DST amounted to 1% savings in the spring and fall.  But since then, more studies have been conducted and shown that if you don’t have air conditioning systems, there could be a slight energy savings. But at a national level, when the 2007 Act extended the national date by a month, it turned out to be a zero impact event, so it appears that DST doesn’t save energy in the big picture.

An often overlooked side effect of DST is the health effect on humans.  On one hand, studies have shown the negative health impacts when DST starts in the spring, when people change their clocks one hour ahead.  A 2012 study by the University of Alabama at Birmingham by Martin Young found that the risk of heart attacks increased by 10% the Monday and Tuesday after DST was observed, but also that the risk for heart attacks decrease by 10% when clocks fall back again in the fall.  But a positive health benefit in a study which conducted interviews found that people were more likely to spend time recreating outside after work when there is an hour more of light.

So does it make sense to keep daylight savings?  Here in the mountains, I would say yes due to the energy and health benefits.  We don’t use much air conditioning here, and so there might be some energy savings in a decreased amount of electricity used for lighting in the evenings.  We also are lucky enough to live in an area with ample places to recreate after work, which could have positive health benefits. So when we ask to change or not to change our clocks, the answer here is a clear yes.