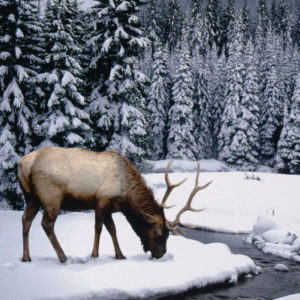 I’ve found that it’s pretty hard to surprise a Coloradan with the weather. We have to expect just about anything out here, and that can include sunny, warm days in the middle of winter where you don’t even need a coat and snow on the 4th of July. But we can be pretty certain that sometime between the months of September and June, there will be white covering the ground and the temperature will dip below freezing. At least for now.

It’s probably a little late this year to be reminding you to prep for the winter storms, given the brutal cold our Halloween Trick-or-Treaters had to endure, but with the sunny skies and warmer temperatures, it’s easy to fall into a false sense of security. The signs are all there, that folks are getting ready for winter. Snow brushes and shovels are flying off the shelves, neighbors are firing up their snow blowers to make sure they still run, and Stumpy’s Firewood truck seems to be everywhere. But if you are new to the valley or need a reminder, there are a few things that are important to think about as we get ready for winter to settle in.

Now is the time to get your car outfitted with its appropriate winter car regalia. The wait to get anything done at the local tire shops has suddenly expanded exponentially, but the only way to get it done is to get on the line. If we’re lucky, the next blast of ice and snow will hold out until we get our turn. And while you’re waiting, you should check that you have a winter emergency kit in your car. There are the basics, including sand, a shovel, blankets, food, and water, that you want to have for around town, but if you’re making a longer drive, or going out in a storm or somewhere remote, then you might want to beef this up, making sure you have enough supplies for all of the people you are traveling with.

The long range forecast for our region, in general, is that it’s going to be colder and snowier than average. But it’s certainly no surprise to anyone here that it’s going to be cold and snowy, it’s just a matter of degrees. The famous Farmer’s Almanac is currently predicting that the coldest periods will be from mid to late December and from late January through the first half of February. Precipitation (i.e. snowfall) will be above normal, with the snowiest periods predicted to be in late December, early and late January, early February, and early and late March. Make your plans accordingly, but it’s Colorado, so be prepared to be flexible.

My dad, who now lives in Florida, has ever expanding rules about when he will come visit me. A few years ago, he got stuck shoveling and blowing snow when his flight got postponed due to an early storm, and now the window of when he will venture into the mountains has closed dramatically. He did make it out here this year in early October, narrowly missing the early season snows, and he clearly thought he dodged a bullet when I sent him the photos of our back porch.

But regardless of whether you’re ready, winter and all of its fanfare is coming. We all embrace winter differently. Some of us shred the gnar and hit the slopes, while others prefer swishing through the quiet sanctity of the backcountry or sipping warm cocoa between Netflix binges, but ready or not, winter is here.

Jaymee Squires is the Director of Graduate Programs at Walking Mountains Science Center in Avon. Jaymee likes to take winter one week at a time, watching the days grow shorter and then longer as the planet takes us on its journey around the sun.