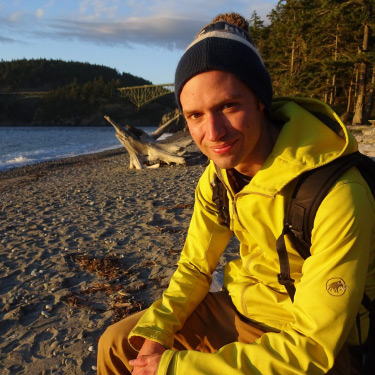 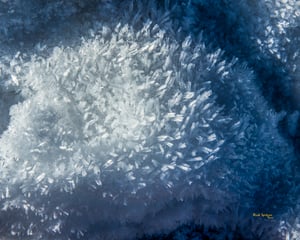 If you spend any of your time keeping track of our Colorado snowpack, you may be aware that this weekend is not prime time to venture into the backcountry. With one of the first big winter storms of the season hitting last Thursday night, Colorado’s Avalanche Information Center issued an Avalanche Advisory for Summit & Eagle County, warning of high avalanche danger. But what about this particular storm has turned our mountains from benign to destructive?

The answer fell over 2 months ago.

As the temperature drops below freezing, snow is born in our atmosphere as water vapor that crystalizes on a nucleating particles (dust, smoke, and even bacteria). Snow crystals fall in a wide variety of shapes and sizes, determined by the atmospheric conditions (temperature & humidity) where they form. If you look closely at freshly fallen snow, you may also find plates, columns, needles, irregular crystals, graupel, ice pellets, or hail, and all in a variety of sizes. However, the moment any snow crystal settles on the snowpack it begins to change.

Warmth from the earth & insulation from the snow above keep snow crystals at the ground near a constant 32 degrees F. However at the surface, snow can experience extreme change. Temperatures in Colorado can rise above freezing on sunny afternoons just to plummet below 0 degrees a few hours later. On these arctic nights, moisture from the warm and humid snow near the ground is pulled through the snowpack to the dry and cold powder at its surface. As this moisture moves through the snow, individual crystals transform into angular, faceted crystals. Often described as sugar snow, faceted crystals appear as large & loose grains in the snowpack. Colorado’s snowpack is known for harboring a particularly loose layer of these faceted crystals near the ground, known as depth hoar. This relatively warm, humid, and insulated layer of snow provides key habitat for a variety of mammals. Chipmunks, mice, voles, and ermine spend their winter months tunneling through the loose depth hoar, rarely seen above the snowpack. However this same layer of snow also poses significant danger when a heavy slab of snow settles on top of it.

Flashback to late October and the scene out our windows looked very similar to this weekend. An early storm dumped over a foot of snow in the mountains and many skiers began waxing their skis in excitement, some of us even made our first turns of the season. However in the following weeks, that snow sat near the ground, rotting and faceting, turning into a deep & dangerous layer of depth hoar. Now, with a fresh load snow having been delivered to our mountains—October’s snow is just about ready to crack.

From where I’m sitting, it looks like a great day to ride lifts (or keep tunneling, if you happen to be a mouse).

Nathan is the Community Outreach Coordinator at Walking Mountains. Join him on weekly snowshoe programs, including snow science backcountry snowshoes every other Tuesday beginning in January!

Nathan is the Community Outreach Coordinator at Walking Mountains. Meet him on the trail for a hike!