Colorful Eggs – But not for Easter! 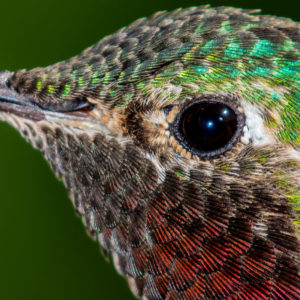 Sometimes, everything seems to align. Consider this season, spring, and all of the new life and rebirth that we see around us alongside the holidays of the season, Easter and Passover. Both holidays use the egg as a symbol of rebirth, and rightly so, as this is the time of year when birds of all kinds are nesting and laying beautifully decorated eggs of their own.

At some point in your life, maybe you stumbled on the shards of light blue shell left from the ubiquitous robins, whose pale blue eggs dot suburban yards and sidewalks where they often nest. But did you know that all birds have their own unique, characteristic eggs? And if you find eggs, or their shells, you can identify the species of bird based on the size, shape, and color of the eggs.

The evolutionary story of birds, and how feathers and flight appeared, is one of many marvels, leading to birds today that seem supremely adapted to their specific environment and their specific niche in that environment. And eggs are part of that story. The developing chick is extremely vulnerable during this earliest stage of development. Unable to defend itself, and full of calories for a potential predator, it’s no wonder that evolution has also carefully shaped and sculpted bird eggs such that they have the greatest chance of survival.

The variation in egg color, size, and shape is quite amazing. Bird eggs can range from the pea-sized hummingbird eggs deposited neatly in tiny, moss-lined nests perched high up in the tree tops, to the seemingly giant eggs of the Canada Goose, who deposits her eggs somewhat unceremoniously in the open, usually on slightly elevated ground where she can see predators coming.

Birds that nest on the ground tend to have more camouflaged eggs, intended to blend into the dirt and grasses that protect the nest itself. Shorebirds, like killdeers or sandpipers, often build their nests right into the rocky shores of beaches, camouflaging their spotted eggs as mere rocks among millions of other rocks, virtually indistinguishable to predators that might be looking for a snack.

But some eggs are brightly colored, like the pale blue robin eggs; why would birds want to have brightly colored eggs? As it turns out, predators aren’t the only thing that eggs need to be protected from. The sun’s light (ultraviolet rays) and heat (infrared rays) can both damage eggs, and an egg’s color is often carefully crafted to limit the amount of heat and UV rays that an egg will absorb. Lighter colors that absorb too much UV radiation can damage an egg’s shell or cause mutations in the developing chick, while eggs that are very darkly colored might absorb too much heat and cook the little chick. This phenomenon also explains variations in egg color and pattern according to geographic location, habitat preference, and even nest location.

Where does the color come from?

The various colors and patterns in different bird eggs are determined by pigments deposited by the shell gland near the end of the oviduct, where the egg is formed. The pigment that causes robin eggs to be blue is called biliverdin, and it is actually the same pigment that causes our bruises to turn blue and green. Brightly colored eggs are often an indicator of species that invest a high amount of maternal care into their eggs, while more camouflaged eggs might be left untended for longer periods of time. Additionally, egg color and patterns can also give us clues about a bird’s health, as more brightly colored eggs (within the range of the species) are often an indicator of a mother’s good health.

With the springtime rush of birds returning to our lush summer mountains, the opportunities for bird watching have expanded tremendously. Goldfinches, mountain bluebirds, and even some broad-tailed hummingbirds have already returned from their southern winter homes, eager to get a jump on the nesting and brooding that comes next. So there’s lots to see out there in terms of birds, just make sure you don’t disrupt them during this precarious time. Peering into a nest, or touching eggs, can alert predators to the presence of the nest, and can sometimes frighten watchful parents away for good. So watch from a distance, or better yet, keep your eyes open for egg fragments from shells that have already broken open.


Jaymee Squires is the Director of Graduate Programs at Walking Mountains Science Center in Avon. She is an avid birdwatcher and is excited for all of the spring activity that is just getting started!