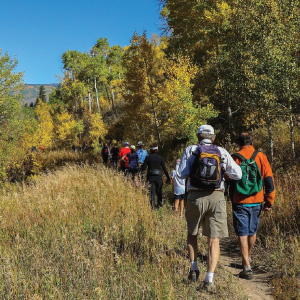 Happy National Senior Citizens Day! For millennia, the elderly have played an important role as leaders, nurturers, and guardians of tradition. As we spend today celebrating the older members of society, we can turn to our friends in the wild to learn about the elderly members of wildlife species. Humans, among other social animals, have evolved to live in groups to benefit all members of the pack, pod, or tribe. Living in social groups provides better access to food and protection against predators. By living in these social groups, individuals within the group play various roles to aid the survival of the group as a whole. Within both humans and wildlife species, the elderly serve a vital role as a resource of both nurturing and knowledge that is beneficial to the success of the species.

In the wild, not all members of the group will survive to adulthood, let alone old age. The elder members of animal species have survived years of perils, and they have likely encountered dangerous situations with other animals, humans, disease or famine. The experience of surviving these threatening situations leads to the development of knowledge and behaviors that can prevent the death or injury of group members in the future. Though many wildlife animals die shortly after reaching reproductive age, certain wildlife species exemplify altruistic behavior and greatly benefit from elderly members in their group. Packs of grey wolves, for example, encounter danger in territory battles against other wolves. Kira Cassidy, a researcher at the Yellowstone Wolf Project in Yellowstone National Park, found that wolf packs with an elderly member were 2.5 times more likely to win a fight for territory over another wolf pack. Though the elder wolf may be weaker or slower than its younger pack members, the elder wolf contributes to the pack through wisdom and leadership, allowing the pack to win territory over the opposing pack.

Another example of elderly wildlife gaining wisdom with age are female elk, who develop behaviors to evade hunting as they get older. In 2017, researchers at the University of Alberta tracked the elk population in southwestern Canada over the span of two years and found that female elk over the age of 10 developed behaviors that increased their chance of survival during hunting season. Many of the cows would avoid roads and populated areas during dawn and dusk, and learned to use rugged terrain that makes hunting more difficult. Although this behavior is learned by the individual and doesn’t necessarily benefit the herd as a whole, it is an example of how aging can grant valuable wisdom that bolsters longevity and survival in the wild.

So what can we learn from these elder animals? Today we can use the Internet and social media as a source of information, and so many young people may overlook the value of our elder population. Although the older members of our human population (hopefully) don’t have to worry about predation and other wildlife dangers, they have experienced hardship and challenges throughout their journey of life. The elderly have unparalleled wisdom that cannot be overlooked. So, if you’re an elderly person reading this article, thank you for helping to raise and create our younger generation, and if you’re not an elderly person, give your older loved ones a call today and share your appreciation for their nurture, leadership, and wisdom.

Meredith is a naturalist at Walking Mountains Science Center. She enjoys hiking, skiing, and singing in her free time and loves the Colorado Rockies.