The Many Different Habitats Offered in Eagle County 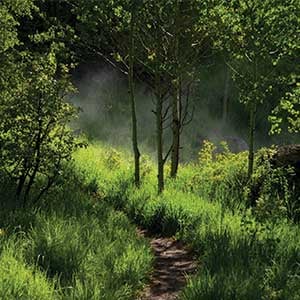 Eagle County offers many beautiful places in which to explore nature and ponder the meaning of life. These places also foster an array of different plants and animals. From 6000 ft along the Colorado River to 14000 ft on Mount of the Holy Cross, the diversity in habitats is simply stunning.

The lowest areas of Eagle County are in an area known as foothill and montane shrublands, which sit around 6000-8000 ft on the most Western parts of the county. These areas are dominated by low lying grasses as well as pinyon and juniper trees and generally receive less rain then other areas of the county. Common species include mountain lions, black bears, long tailed weasels, deer, coyotes, and even ring-tailed cats, if you’re in the right place at the right time.

At approximately 8000 – 10000 ft in elevation, we find the montane forests, which are common throughout the eastern and southern portions of the county. This area is more densely covered in trees, specifically lodgepole pines and aspens, and has plentiful tree coverage due to higher rainfall. This area is home to animals that are more acclimatized to cooler weather as compared to the lower elevations out west. Although many animals that live in the shrublands are here as well, others common at these elevations include red fox, bighorn sheep, elk, marmots, and more elusive species like the Canada lynx.

Moving up further in elevation, we find the Subalpine zone in areas that are 10000 – 11500 ft in elevation. These are found just below the highest parts in this county and surround areas such as Mount of the Holy Cross, Vail Pass, and the Gore Range, and tend to be covered in tree species like firs and spruces. These areas receive a lot of precipitation, generally in the form of winter snows, and have relatively short summers. Animals more common to this area include pine martens, porcupines, and mountain goats. Many animals visit the Subalpine area during the lush, plentiful summers and migrate to lower elevations during the winters.

The Alpine is as harsh as it gets. This area includes anything above 11500 ft in elevation, including Mount of the Holy Cross and other high peak areas in the Gore and Sawatch Ranges. At 11500 ft and above, the conditions are too harsh for trees to grow. The summers are very short, and the temperatures will rarely see 80°F. No trees means no protection from any of the elements and the vegetation that is present is very low to the ground. There is still wildlife that lives at this elevation, mountain goats and pikas are common this high up and feed on small tundra vegetation like grasses and small shrubs.

But wherever you go in the Eagle Valley, you will find that life revolves around water, and riparian zones can be found at all elevations, providing the life-giving liquid that all life depends upon. And it is this water that also unites all the life zones, as the snow melts high in the alpine, trickling down through the subalpine where it winds its way through the montane forests into the valley floors, and eventually west to the Colorado River. Animals like beavers, otters, mink, and muskrats frequent these areas, but species from all walks of life rely on having clean, free-flowing water, including humans.

Austin Averett is a naturalist at Walking Mountains Science Center working on his Master’s Degree in Interdisciplinary Science at Florida Institute of Technology.