Ogres & Avalanches: State of Our Snowpack 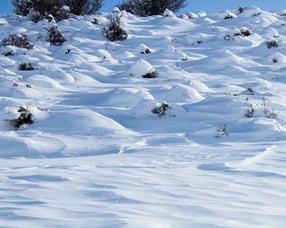 “Ogres are like *the snowpack*. They have layers” –Shrek the ski-bum. Drawing misquotes and connections from a 2001 animated comedy to introduce an article on winter snowpack may seem like a stretch. However, Colorado’s snowpack has somewhat of a fairytale creature reputation in its own right. This year, with lurking weak layers from early season snow, our snowpack has more in common with the “man eating giant” of lore than with DreamWorks’ laughable and kind-hearted Shrek.

Amidst the challenges COVID-19 is presenting to a “business as usual” ski season, ski touring, or “skinning,” is experiencing a boom. In normal years, new uphill skiers often build their skinning-experience and skills by skinning in-bounds in ski resorts. However, with new restrictions on in-bounds skiing aspiring ski-tourers who are uncomfortable with experiencing the resort during a pandemic are now left with two choices: either grab a headlamp and skin at the resort after the lifts close, or venture into the backcountry, and that second choice means confronting Ogres. And, as Shrek reminds us, Ogres have layers.

Even in a good year, Colorado’s snowpack develops more complicated layers than snowpacks in many other mountain regions. Colorado’s high desert climate, which gives us ample sunshine and light powder snow, also delivers a snowpack that is comparatively thin. Vail’s powder snow only contains about 5-8% water. This means that our 300 inches of snow doesn’t go as far towards creating a deep and stable snowpack as the same amount of snow does in areas with more dense snowfall. On average, the snow water equivalent (SWE) of our snowpack in Vail peaks around 20 inches, while in other mountain regions across the west, including Idaho, Washington, Oregon—even Montana and Wyoming—SWE over 40-50 inches are not uncommon. In addition to Colorado’s generally thin snowpack, our continental climate of big storms followed by long dry periods of high pressure (with cold nights and warm days) results in a snowpack where very weak layers of rotten sugar-snow (called facets) are interspersed throughout the snowpack, supporting stiffer slabs of condensed snow.

This year, early season snowfall in September & October, followed by a late start to normal winter weather has resulted in a persistent weak layer lurking in our snowpack that, according to the Colorado Avalanche Information Center, is the worst we’ve seen since 2012. The last two weeks have been deadly in Colorado. At the time this article was written (December 21st) over 130 avalanches, including nearly 50 human triggered slides and tragically, three deaths, were reported in the last three days.

Backcountry skiing is a wonderful way to be active, and socially distant. However skiing in the backcountry requires a very different approach to skiing in the resort. When the rope drops in bounds, its game on. Powder days provide a literal ‘soft safety net’ for skiing steeper lines and dropping larger cliffs. In the backcountry, the opposite is true and the deepest days are often the most dangerous. While almost any day can be spent safely in the backcountry, sometimes this means limiting yourself to easier terrain and enjoying the serenity of your environment more than the thrill of your craft. Backcountry skiing is not a cheap alternative to a season pass.

Just how not all fairy tale creatures are ogres, not all backcountry recreation is deadly. However if you’re going to venture into the mountains, make sure you invest the time and money to know the difference between the big friendly giants and man-eating ogres lurking in our mountains.

Nathan Boyer-Rechlin is the Community Outreach Coordinator at Walking Mountains. He leads snowshoeing hikes for Walking Mountains Science Center (including hikes about snow science!), and enjoys digging in the snow and skiing mellow lines in the backcountry.