What is the world's largest single organism? A quick Google search could leave you with more questions than you anticipated. Depending on our prior knowledge, we may think that the largest single organism would be a giant sequoia, blue whale, coral reefs, or a pool of algae. However, the true answer is more complex that we may assume.

First, let's get specific and identify what an organism is. An organism is a form of life composed of parts that depend on one another, that maintain various vital processes. When we are considering the largest single organism in the world, we look at genetically identical forms of life of plants, animals, or fungi. 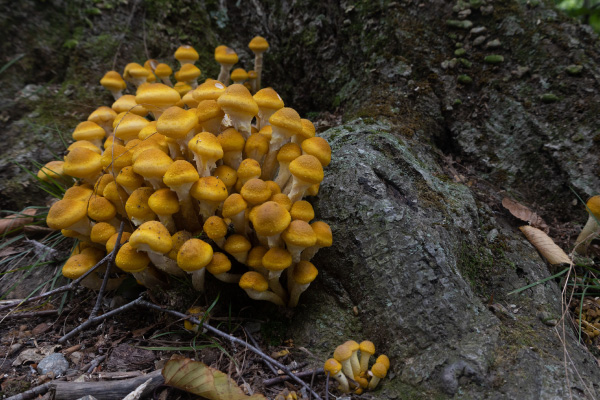 There are two top contenders for largest organism, both of which can be found in our own backyard, Armillaria ostoyae and Populus tremuloides. Commonly known as honey fungus and aspen trees. In short, aspen and fungi both claim the title. An Aspen grove in Utah wins for greatest mass, while a fungal community in Oregon covers the largest distance, but there is more to uncover and much to debate.

Aspen trees and honey fungus exist as a single organism because of their hidden underground connectivity. Aspen trees have a root system which links them to other genetically identical trees. In autumn, trees in the same organism will transform leaves simultaneously. This singularity occurs because the aspen reproduces by sending a clone from its roots through the forest floor. One such organism in Utah has done this enough to cover over 107 acres, called Pando, meaning “I Spread” in Latin. Pando has been growing and dying for over 80,000 years and has over 47,000 genetically identical trees, weighing over an estimated 13 million pounds. The other contender, the honey fungus invites further curiosities.

Fungi are in a kingdom all of their own; separate from plants and animals. Fungi are composed of a network of threads or strands called mycelium, which produces spores and feeds on organic matter. Just like the aspen connects via its root system, fungi connect beneath the earth with their mycelial structure. Fungi create a network of these tiny mycelial roots spanning dozens of feet under the earth, hardly breaching the surface. Mycelial structures have been compared to the neurons in human brains and have even been dubbed “nature’s internet” because they work in a similar function. 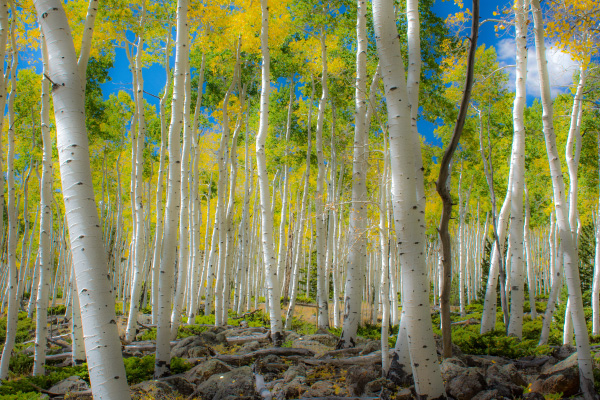 These fungal structures link roots of trees and act as a messenger for forest flora with impeccable speed and accuracy. In Oregon, the largest stand of fungus is called the "Humongous fungus" and it is 2,200 acres of Armillaria ostoyae. Otherwise known as the honey fungus or shoestring fungus. The parasitic structure thrives by stealing nutrients and water from the trees, and has been doing so for approximately 2,400 years. If this plot of fungus is truly connected, it could weigh between 13 million-69 million pounds. However, we have no true answer for the depth and complexity of this structure because it lives so finely under our feet. One sprouting mushroom can bridge a sixty-foot distance to the nearest mushroom through the mycelial connections.

When we consider the aspen grove and the honey fungus, both can stake a claim to the title of largest organism, depending on how we measure. Knowing we do not have a simple answer to the question reveals that nature holds many more secrets. Some of these secrets may even hold answers to some of humanity's numerous problems and mysteries. By protecting and studying nature, we protect ourselves for generations to come.

Taylor Branson is a Naturalist at Walking Mountains Science Center. In her free time, you can find her hiking up mountains, reading in a hammock, tending to her plants, or working in a creative art project.