As the New Year begins, it’s hard not to think about the passage of time. Sometimes it goes by in the blink of an eye, like when you think about how fast your children have grown. And other times, it goes by painfully slowly, like when you are waiting for that last class or meeting to end before vacation, and it feels like time is almost going backwards. The ways that we keep track of time today seem fairly routine, with minutes, hours, and days building into weeks, months, and years, but today’s calendar is only one way to count the days, and a fairly imperfect one at that. The Gregorian calendar that is the international standard today uses a 365-day year, divided into 12 uneven months of 28, 30, or 31 days. As we know, the month of February has an extra day added every four years for leap year. But even with this quadrennial event, the Gregorian calendar is still not completely accurate, being off by 1 day every 3236 years in comparison with the tropical year, which is the actual time that it takes the Earth to travel around the sun. A tropical year is approximately 365.24219 days, so our leap year calculation that uses 365.25 days makes the Gregorian year short by approximately 27 seconds a day.

Some of these earlier calendars were actually more precise than today’s Gregorian, or western, calendar. The Gregorian calendar replaced the Julian calendar starting in 1582, with its revised formula for calculating leap years to make the calendar more accurate. The Julian calendar had gotten out of sync with celestial events like solstices and equinoxes since its introduction in 45 BC, so when they made the change, a number of days had to be skipped to align the calendar with astronomical events. When the switch was first made, in 1582, only a handful of countries made the change, so people in most areas of France, Italy, Poland, Portugal, and Spain moved ahead 10 days, while the rest of the world remained 10 days behind. 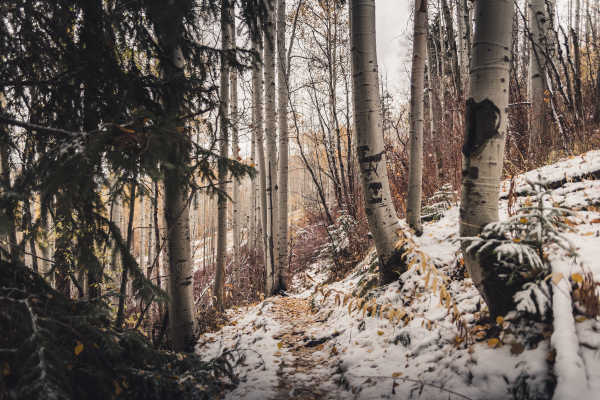 Because the Julian and Gregorian calendars calculate leap years differently, countries on the different calendars moved further and further apart. At one point, in 1712, Sweden and Finland had a double leap year to compensate for a leap day that was mistakenly left off the calendar in 1700. Just imagine if you were one of the unlucky souls to be born on February 30, 1712; you would never have a true birthday!

In the United States, the switch was made in September of 1752, and Ben Franklin remarked how nice it was for those who “love their pillow” to have such a long sleep as to go to bed on September 2, and wake up on September 14. Other countries made the switch up to centuries later, with countries like Bulgaria, Russia, Greece, and Turkey losing a total of 13 days when they made the switch in the early 20th century.

Calendars are humanity’s attempt to impose some kind of order to the cosmos, but the cosmos just won’t seem to cooperate. Some of the greatest minds in history have tried to corral time into something that could be counted, regularly and accurately, and when you consider all they needed to encompass, their efforts were mighty, and calendars allow us to follow the track of time. But absolute precision is elusive, especially in nature, and sometimes we just have to accept that our attempts to order the universe are, at best, not nearly as perfect as the universe itself.

Jaymee Squires is the Director of Graduate Programs and Senior Faculty Adviser at Walking Mountains Science Center in Avon. She is happy to be back in the role of guest author for her old column, and Kathy, I hope you’re reading this!