Coastal Birds in the Rocky Mountains, like the Black Crown Night Heron 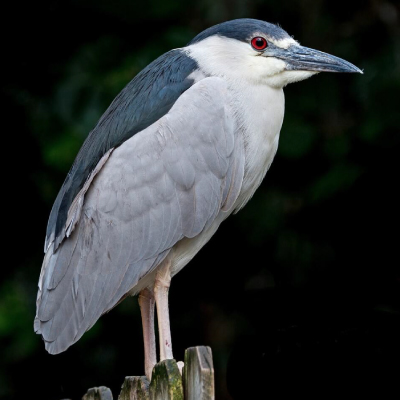 When people are asked to imagine the wildlife that calls the Rocky Mountains home, coastal birds are rarely the first thing that comes to one’s mind. So, it’s no surprise that some may be shocked to learn that herons, gulls, egrets, and many other coastal birds will breed within Colorado’s mountains.

The presence of these coastal birds may go unnoticed at times. However, they play a vital role in Colorado's aquatic food web, while also acting as a critical litmus test of water quality. So, if you are traversing Colorado’s beautiful landscape and happen to come across any coastal birds, remember, the fact that you are witnessing these birds means only positive interactions for the surrounding bodies of water.

Most people recall the much larger Great Blue Heron when asked about the heron family. However, the Black Crowned Night Heron is the most common heron worldwide. The night heron is shorter and chunky in comparison to the Great Blue Heron, this is often over emphasized due to the fact they frequently rest with their necks pulled inward. They have earned their name “black crowned night heron” from the dark coloring on the crown of their head as well as their plumage. 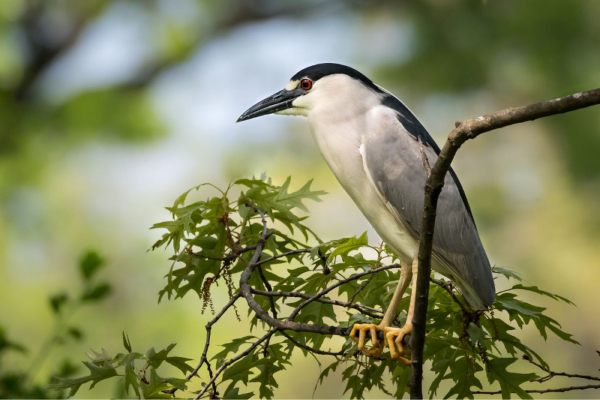 Also true to their name, Black Crown Night Herons do the majority of their feeding around dusk and continue through the night. Like most other herons, night herons stalk their prey while wading in shallow waters. While they primarily chose to feed on fish, night herons will also eat earthworms, insects, shellfish, rodents, and reptiles such as lizards and snakes.

Night herons generally stalk alone or in very small groups. However, they are actually very social birds. Night herons are colony nesters and can often be spotted nesting within groups of other herons such as the great blue heron, green heron, and little blue heron, and more. The male night heron will choose the nesting location, often selecting a spot within trees, patches of cattails, or any area that might offer protection from predators. These nests are usually built with twigs and woody vegetation that the male gathers and gives to the female who is then in charge of the actual formation of the nest. Later, once the nest is formed night herons will normally lay 3-5 eggs that the male and female will take turns protecting. 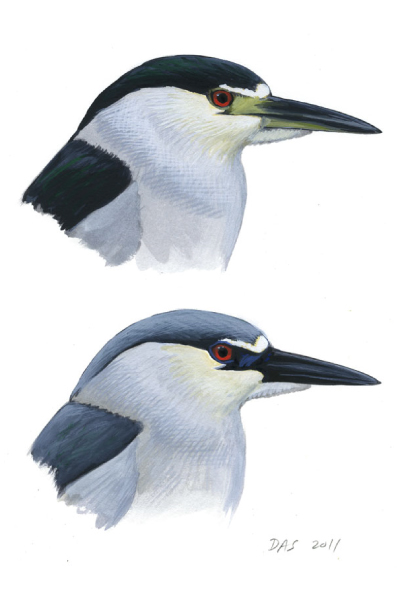 If you or someone you know is interested in seeing a night heron locally, you should start by checking nearby marshlands, lakes, and rivers. It would be best to start your search around dusk when night herons should be most active. While they are the most common heron worldwide, scientists have expressed low to moderate conservation concern for the species, due to the fact that populations have been slightly declining in recent years. The North American Waterbird Conservation Plan has expressed their concerns on a numerical scale giving with a 13 out of 20 severity rating. So, while they aren’t in immediate danger of becoming an endangered species, habitat preservation is just as important as ever in assuring these spectacular creatures have a home in the future.

In conclusion, remember to always be on the lookout for night herons while exploring Colorado’s mountainous terrain. While they might be classified as shore birds, night herons enjoy spending time in the mountains just as much as you and I.

The Cornell Lab: All About Birds- https://www.allaboutbirds.org/guide/Black-crowned_Night-Heron/lifehistory#conservation

Written by Nate Grauel, a naturalist at Walking Mountains that enjoys searching for night herons most while paddling the various bays that his home state of Maryland has to offer.