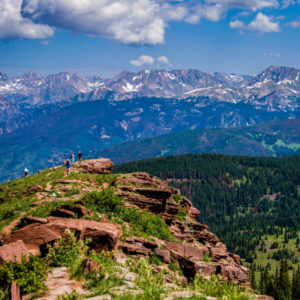 August 1 marked the Centennial State’s 144th birthday and the observance of Colorado Day. Our scenic beauty, friendly communities and outdoor sports make this a day worth celebrating. Another aspect of state pride; Colorado’s rectangular/square shape. Upon closer inspection, this is not a valid brag. In accordance with what we learned in geometry class, a square is a rectangle, but a rectangle is not a square. Contrary to what we may have learned in geography class, the shape of Colorado is neither. Nearly a century and half ago, state legislation tried to fit Colorado’s borders neatly within the latitudinal lines of 37 degrees and 41 degrees north, and the longitudinal lines of 25 degrees and 32 degrees west, thus forming a near perfect rectangle. However, what works well on a flat piece of paper does not easily translate onto the actual land topography.

Back in the 19th century, especially, there was immense potential for both human and machine error while creating state borders. The first issue was in the surveying technology. The rush to establish new territories combined with the technological advancements of the Industrial Revolution, brought an improvement in the accuracy of surveying instruments to the 1800s. Still, there was no GPS or 3-D land modeling. Surveyors relied on tools like the theodolite, an early instrument with a rotating telescope, and a metal chain to measure distances. Instead of flying drones or satellites, surveyors had to trudge across the plains, slog through streams and navigate the mountains with all of their equipment as they measured the lay of the land. This was a tough task reserved for the hardy outdoorsman or military man. The difficulty of the work and the quality of the tools made errors inevitable.

To complicate defining borders even more, the legality of a border is based on the physical boundary markers agreed upon by the parties involved. Colorado fit within the latitude and longitude lines quite nicely, but land surveyors had to go out and find where those lines ended up on the actual land. “How closely do these points need to match up?” you may ask. Not as close as you may think. United States law declares that as soon as a large stone marker is placed and the states and Congress both approve, the border is finalized, regardless of whether it matches directly with the description.

Colorado’s boundaries went through several decades of surveys and resurveys to become the “square” state we know today. Despite the edits, the state still has several deviations from a straight line. The Colorado-New Mexico border veers south, just after the town of Edith, CO. It follows a northwest-southeast line along a valley, a topographical feature, before continuing directly east again. When the border approaches the Oklahoma panhandle, it begins to swerve both north and south. Similar errors occur along the Utah and the Wyoming border.[1]

Not to get too much into the technicalities, but a rectangle needs to have four straight sides and four right angles. Colorado definitely has more than four sides and no right angles thanks to the difficulty of old-time surveying and laws that are set in stone—literally. Therefore, more accurately and perhaps more disappointingly, Colorado is an irregular polygon. Let’s just stick to bragging about our skiing.

Claire Kantor is a naturalist at Walking Mountains Science Center. She’ll be celebrating Colorado Day with an evening hike, to bask in Colorado’s famous mountain sunsets.