The Joy and Heartbreak of Colorado’s Current Snowpack

As of the beginning of January the snowpack depth in the Upper Colorado Headwaters, which includes Eagle County, is 126% of average for this time of year . If you are a local snow slider, you are well aware of the spectacular snowfall we have received this season. While there was a great deal of concern about a third year of La Nina early in the season, the Northern Mountains of Colorado have received higher than average snowfall. More recently the atmospheric river that has formed off the coast of California, while destructive in that state, has in general brought abundant snowfall to Colorado’s mountains. 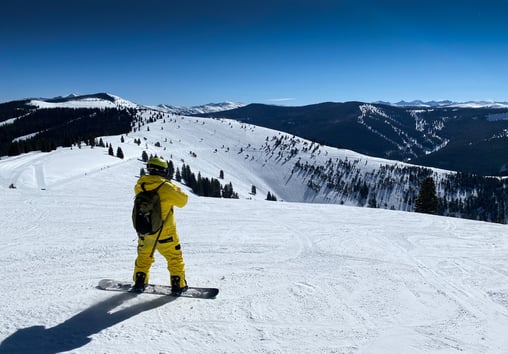 The Legendary Vail Back Bowls

Within ski area boundaries, this snowfall has created wonderful riding conditions. Outside ski area boundaries the riding conditions have also been wonderful, however, the current snowpack is complicated and in some cases deadly. The reason for this complexity is the seasonal weather history that has created persistent weak layers in the snowpack. These weak layers were formed when we received above average snowfall in late fall followed by a dry period. During this dry period, due to the difference in the temperature of the ground, around 32 degrees Fahrenheit, and the air temperature above the snow, typically 0-15 degrees at higher elevations, water vapor migrates upwards in the snowpack changing the snow crystals into angular shapes called facets, or commonly referred to as sugar snow. Faceted snow grains do not bond well to each other and create persistent weak layers in the snowpack. Starting in late November snowfall has been abundant, some of it heavy with high moisture content. This more dense snow has formed well bonded slabs which now are sitting on weak snow layers from earlier in the season. On slopes steep enough to slide, above 30 degrees, gravity is constantly pulling the snow downhill and the additional weight of new snow, animals or people, can trigger deadly avalanches. On slopes below 30 degrees gravity is not exerting sufficient force to cause a catastrophic failure in the snowpack and subsequent avalanche.

The avalanche hazard within ski area boundaries and along highway travel corridors is mitigated by avalanche professionals. At ski areas such as Vail and Beaver Creek the ski patrol has a sophisticated snow safety and avalanche mitigation program. This program includes constant terrain and snow pack evaluation, the use of explosives and ski cutting to compact the snow and reduce the avalanche hazard. Along highways, CAIC works closely with the Colorado Department of Transportation (CDOT) to asses and mitigate the avalanche hazard along mountainous highways. While traditional control techniques such as launched explosives and artillery are still used, CDOT has also installed permanent remotely controlled avalanche systems. These systems are mounted on towers that lower and ignite explosive charges remotely above avalanche path starting zones. Releasing smaller avalanches on a regular basis prevents larger and more destructive avalanches from occurring. 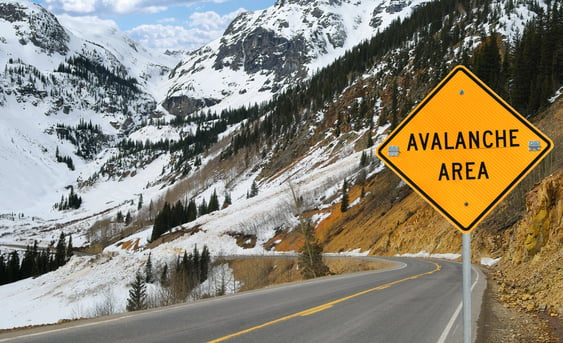 The snowpack in the backcountry, outside ski area boundaries and highway corridors, is not controlled by professionals. Backcountry travelers, such as skiers, snowshoers, split boarders, and snowmobilers, do so at their own risk. It is important to have basic avalanche awareness in order to know which terrain to select and which equipment to carry. CAIC is a state agency and important resource that issues a daily avalanche and weather forecast based on research and observations. CAIC forecasters travel along mountain highways and into the backcountry on a daily basis; making terrain observations and formally assessing the snowpack by digging pits and performing stability evaluations to issue a daily avalanche forecast. The U.S. and Canada use a five-category estimation of the avalanche danger: Low, Moderate, Considerable, High and Extreme. The North American Avalanche Danger Scale is a tool used by avalanche forecasters to communicate the potential for avalanches to cause harm or injury to backcountry travelers.

The avalanche danger in our region over the last several weeks has trended between moderate and high. The moderate danger has generally been present during dry spells and the high hazard during storm cycles with significant snowfall and wind. While it may be obvious not to travel into avalanche terrain during a high hazard, most avalanche accidents occur during periods of moderate hazard. The reasons for this are many, but one simple explanation is during moderate hazard backcountry travelers are willing to assume more risk due to the perceived stability of the snow. Unfortunately, persistent weak layers are called this for a reason, they persist for a long time and can be highly unpredictable. This season alone, between December 26 and January 7, four avalanche fatalities have occurred in Colorado . Historically our state leads the nation for avalanche fatalities every year. The complexity of the current Colorado snowpack exceeds most backcountry travelers’ ability to accurately assess the avalanche hazard and a conservative approach is warranted for the foreseeable future. 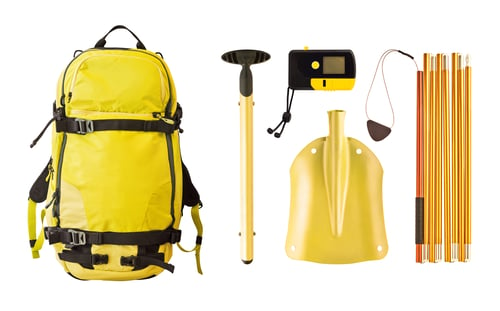 Avalanche Safety Equipment Including a Beacon, Probe, and Shovel.

To take full advantage of the joy of the current snowpack and avoid the heartbreak, here are a few suggestions for snow sliders. Have fun at ski areas and avoid going into avalanche terrain during storm cycles and periods of high avalanche hazard. When you do travel into the backcountry select your terrain carefully and avoid slopes steeper than 30 degrees. There is a whole lot of fun to find on slopes less than 30 degrees. Give steeper slopes plenty of room to avoid being caught in avalanche run out zones. Carry proper equipment including beacon, probe and shovel and know how to use them. Unfortunately, two of the recent avalanche fatalities involved individuals that were not wearing beacons. Avalanche education classes are a must for every aspiring backcountry snow slider. And most importantly, respect the current complexity of the Colorado snowpack and never try to outsmart it! Patience is the key and over time, especially during the spring, the Colorado snowpack trends towards stability, providing more options for backcountry travelers.