Nature is a Mathematician!

A brief history to begin; many years ago we learned that Roman numerals were not the most efficient means of calculating and switched to the Arabic numerical order we use today.

Once we had this new language of understanding, it was not long before Italian born Leonardo Bigollo Pisano, aka, Fibonacci, uncovered a hidden message from the world all around us. Scholars 1300 years ago in India had realized this phenomenon before, but it was introduced to the West in 1202 by the infamous Fibonnaci. 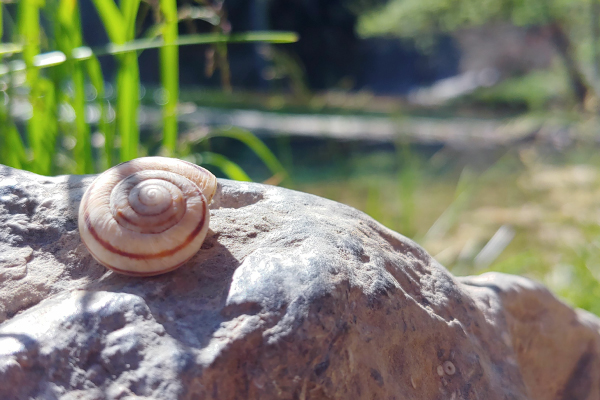 If you take the numbers in the Fibonacci sequence, especially the larger ones, and divide one of them by the number before it in the sequence, you constantly get about 1.618... which

is something the Greeks discovered, called Phi  φ or the Golden Ratio. This is an irrational number, meaning we cannot write it as a simple fraction, but Phi is as far as you can get from being a simple fraction! We naturally get Fibonacci numbers when we use the Golden Ratio. If you take a rectangle with sides that are successive Fibonacci numbers like the image below and draw an arc through each section, there grows an infinite spiral.

This spiral, this golden ratio, phi, Fibonacci numbers are found constantly in the world around us. Why?

Simply put, nature knows this is the most efficient and effective means of organization. Imagine you are a plant and you want to capture as much sunlight and water as possible. If you grow in a straight line you will block the old leaves from beneath you and they will die. They try to squeeze as much growth potential as possible, making sure that all of their leaves have the optimal opportunity of reaching sunlight. 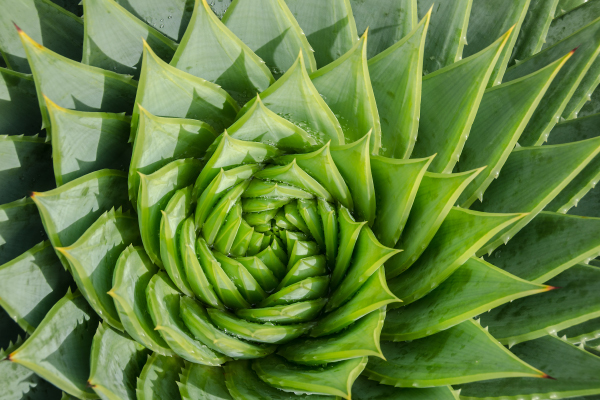 See this spiral pattern in the shell of the Coopers Rocky Mountain Snail. These shells are all over the valley and not just near water. See how the spiral starts tight and slowly expands.

Even with snow covering the ground, we can see the sequence in action. Pick up a bouquet of flowers for your loved ones. Count the petals on the flowers and if they have not been damaged, they equal a Fibonacci number. 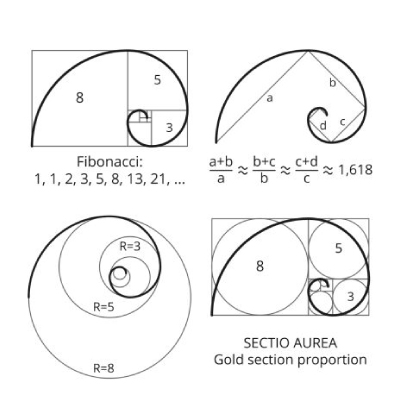 With time and close observation, we are able to uncover secrets and appreciate our connection to the universe. Next time you look at a pine cone, your hands, a sunflower, tree branches, or gaze into the night sky, remember Fibonacci and the magic of math in nature.

Tayler Branson is a Naturalist at Walking Mountains Science Center. You can find her giving a nature walk at WMSC to show Fibonacci in pine cones.