Why do you see so many aspen trees in Colorado?

What's the largest tree you've ever seen? Maybe you have traveled to see the sequoias and redwoods in California. Maybe you found yourself in Sunderland, Massachusetts and found the Buttonball tree, said to be the widest Sycamore east of the Mississippi. If you have spent any time in Eagle County, you have probably seen a tree even larger than those and you haven't even noticed. 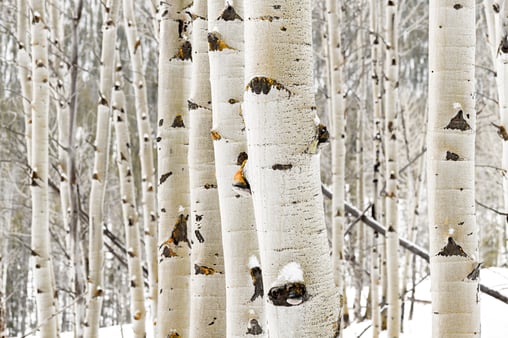 Populus tremuloides, known colloquially as the Quaking Aspen, is a native Colorado tree species where individual trees are connected to their neighbors by their roots. This community of clones is referred to as a grove. One grove of aspens in Utah is so large that it is classified as the largest living organism in the world by weight. It is such a monumental grove that it even has its own name, Pando, which translates to “I spread” in Latin. Pando is 13,000 years old and 106-acres wide. Populus tremuloides also boasts being the most widely distributed native North American tree species, according to the USFS.

All these qualifiers about being the largest organism and the most widely distributed native species say something about aspens. They are special. Aspens have several incredible adaptations including that they can clone themselves and photosynthesize through their bark.

Cloning is the adaptation that makes Pando the largest organism, if you went to Fishlake National Forest you would much more likely see a forest instead of an incredibly regal tree. It is an entire forest of one cloned tree. These trees have root systems that connect them with other individual parts of the clone named ramets. We see these ramets as saplings or trees but they are part of something much larger. A city of trees that are all just one. Ironically, this single organism made up of entirely the same DNA is also one of the most biodiverse areas in Utah for other animals and plants, according to a Utah State University study. 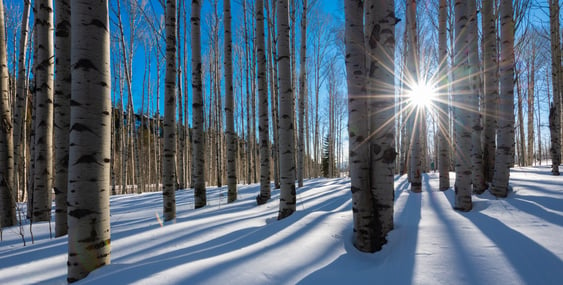 Aspens are the biggest organism.

Leaves play an important role in keeping trees alive and well. Aspens are known for their beautiful fall foliage. During that season, all the greens that shook and trembled during the summer were replaced with vibrant moving yellow and even some red pigments.  Much like how we breathe, plants and algae photosynthesize to make energy, but they need a special type of chemical to do so, Chlorophyll. Seeing trees turn from green to yellow in the fall means most trees have stopped making chlorophyll and, therefore, stopped photosynthesizing. Not aspens though! If you look at the thin bark of an aspen tree you will notice shades of tan and green, a hidden message for those that are observant enough to notice. Aspens have the magical chemical in the bark, chlorophyll, that we can thank our atmosphere for. The winter aspens can continue making energy for themselves. When every other tree that dropped its leaves has not for four months the quaking aspen is still taking in energy to use during the winter. This means a big advantage for these trees at high altitudes when snow falls and leaves drop earlier and shortens the growing season of trees that can not keep up 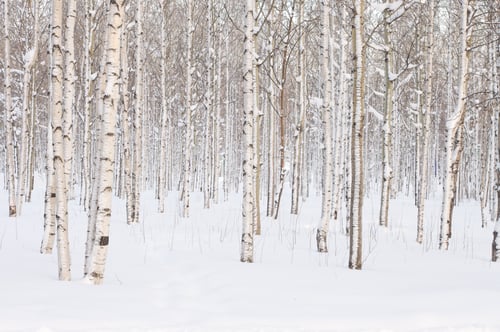 Aspens have better advantages in the winter.

Quaking aspens are a beautiful part of Colorado's tree mosaic, but they are more than just that, they are an incredibly well adapted organism that can survive even here in Eagle County. So next time you see an aspen, think about how you might be looking at something much larger.

Andrew Doyle is a Naturalist at Walking Mountains Science Center. He is a Massachusetts tree hugger turned Minturn resident.