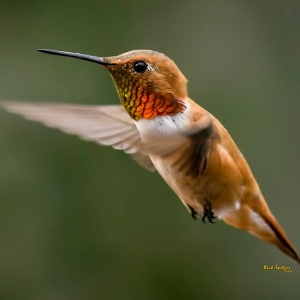 Ed Abbey wrote “…we cannot have freedom without wilderness; we cannot have freedom without leagues of open space beyond the cities, where boys and girls, men and women, can live at least part of their lives under no control but their own desires and abilities” We are so fortunate to live where we do, nestled deep in the heart of America’s wilderness. Even as a world-renowned tourist destination our communities are only minutes away from true wilderness and the freedom it brings.

Abbey’s writings have always held a special place in my heart. There’s something about his unique combination of love and hate, like the blend of sweet and savory in a chocolate covered pretzel. Most famous from his time as a park ranger in the early days of Arches National Park (before the road was paved), Abbey staunchly proclaimed the land’s right to be wild and free above all else. His adoration for the land is always at the forefront of his stories, followed closely by his extreme contempt for anything that desecrates the land’s sacredness. It was this irreverence that drew me to him in my youth. Remembering the dusty old cassette tapes, their faded titles reading Freedom and Wilderness, and Abbey’s distant monochromatic voice recounting his love affair with the American southwest has felt rejuvenating. We also need to be free, free to make our own choices and to suffer the consequences from those choices!

A while back, I tried to explain freedom to my kids. They had caught a small black caterpillar, dubbed Fuzzy Wuzzy by a vote of their summer camp friends, and steadfastly refused to set it free. I tried to reason with them, asking if they would be happy living in a box? They reasoned back, explaining that Fuzzy Wuzzy had everything he needed in the box – cabbage leaves to eat, sticks to crawl on, and water to drink. “What about his friends”, I continued, “don’t you think he’s lonely?” But my son’s eyes welled up and he said that he loved Fuzzy Wuzzy and Fuzzy Wuzzy loved him. It’s so hard to explain, but it’s not enough to simply have everything we need.

I didn’t consciously think about Ed Abbey as I argued for Fuzzy Wuzzy’s release, but his influence was clear. I looked my son in the eye and said, “If you keep him, Fuzzy Wuzzy will die.” After a few more negotiations, we agreed to house him overnight and release the poor caterpillar in the morning. I know that Abbey would be happy to know that Fuzzy Wuzzy, although a little sluggish, crawled away under his own power, a free caterpillar. Perhaps he’s being watched from above by Abbey, who always dreamed of being reincarnated as a turkey vulture, soaring through the sky and eating lazy meals of leftover carrion.

The freedom that we celebrate this week is the result of so many factions coming together. The people who protected our country and the ideals that made it what it is today have given us a great gift, this beautiful country of ours. As we celebrate, don’t take for granted the freedom that comes from having true wilderness at our fingertips, and its power to make us feel alive, wild, and free.

The freedom that we celebrate this week is the result of so many factions coming together. The people who protected our country and the ideals that made it what it is today have given us a great gift, this beautiful country of ours. As we celebrate, don’t take for granted the freedom that comes from having true wilderness at our fingertips, and its power to make us feel alive, wild, and free.

Jaymee Squires is the Director of Graduate Programs at Walking Mountains Science Center. Jaymee is celebrating freedom with a little free time with family and friends, and she hopes you are doing the same! This article was originally published in 2013.