Mirror Mirror On The Wall, Who's The Biggest Fool of Them All?

April Fools Day isn't just for jokesters. In fact, the greatest masters of deception can even be found lurking in your backyard. That’s right, wild animals have been using methods of trickery as a tactic to survive in the wild long before our comedic holiday. So, if you’ve been on the search for your next prank, take a look outside your window for some inspiration.

The act of mimicry is typically performed by three key roles. The model, the mimic, and the dupe: that which is toxic or harmful, that which mimics those traits, and that which falls for the trick. To set the scene, we begin with a model; in this case, the wasp. Donning a magnificent uniform of yellow and black stripes, the wasp warns predators with their colorful appearance. As with most vibrant fauna and flora, these colors alert other species of their inedibility. Animals that try to hunt a wasp will likely get stung and learn to avoid this or similar-looking insects, associating their warning colors with negative consequences. This is where our mimic comes into play: the hoverfly. With characteristic black and yellow stripes, a quick glimpse of a buzzing hoverfly may confuse nearby predators into thinking they are in close contact with a dangerous wasp. While the hoverfly is unable to provide a wicked sting like its striped counterpart, it uses its appearance to trick its audience into thinking it can. In the end, the hoverfly, carrying no actual threat, slips by unscathed under the cover of natural deception. 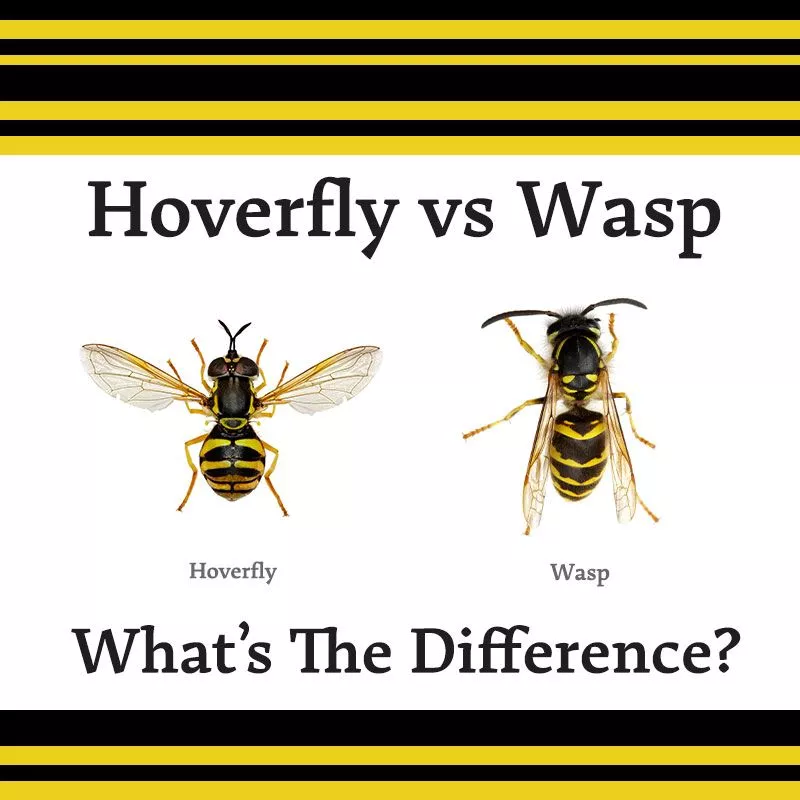 So who falls for this trick? A number of creatures may play the role of dupe in this performance. The curious nose of a dog in it’s backyard, or the watchful eye of a human in the forest, for example. Differentiating insects in flight can prove to be difficult to the untrained observer, so the hoverfly mimic uses this to their advantage to play the ultimate prank on the rest of us. While some aspects of their disguise are rather low-budget — two wings instead of four, a much thicker abdomen — their overall look is strikingly similar.

In this case, one species copies the look of another, which scientists refer to as Batesian mimicry. The mimic copies the flashy traits of a dangerous or toxic species in order to make predators think they’re capable of carrying those traits. Müllerian mimicry, on the other hand, is exhibited when two species display the same warning signs to predators while both being unpalatable or dangerous. There is often no clear mimic or model in this situation because there is a selective pressure on both organisms to communicate the harm they can do to local predators. The advantage here lies within the idea that both organisms are responsible for pulling their weight. Just like any successful prankster duo.

In all acts of mimicry, it is a testament to survival of the fittest, and in this case, the wittiest. After all… “Fool me once, shame on you. Fool me twice, shame on me. Fool me three times, shame on both of us”.