Pasque Flowers are Back for Spring! 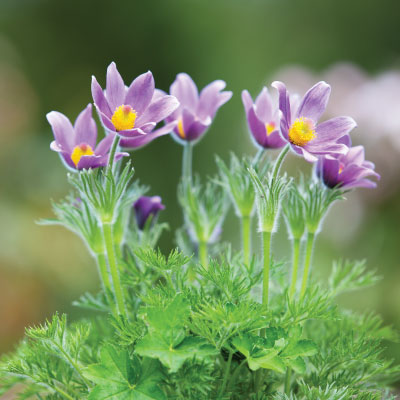 Greek mythology has given us the Anemoi, whose English translation means “wind.” The Greek Anemoi are four wind gods who each represent a cardinal direction. Each has been associated with various seasons and weather conditions, but they have also been represented as things such as mere gusts of wind, personified winged men, or horses kept in the stable of Aeolus, the storm god, ready to be released upon mankind.

Beyond these tales of deities, we have applied the term anemoi to things that inspire in us thoughts of wind. One common use of the Greek word is to identify sea anemones, whose tentacles look like they are waving in a breeze in seaside tide pools. In our own backyards, we have flowers in the genus Anemone, whose seeds grow long feathery styles which help them disperse in the wind.

Anemones are part of the Buttercup family, who despite their pleasant name are quite poisonous. One species of these perennial herbs we see in the Eagle Valley is the Pasque Flower, also known as May Flower for its early bloom. The term “pasque” refers to Easter too, implying the flower’s early emergence in April or May. 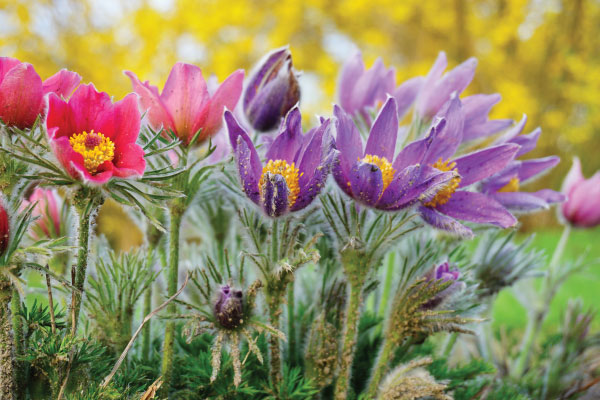 Anemones are low growing plants with hairy stems up to 6-8 inches tall. Each stem supports one cup-shaped flower. Although the plant lacks true petals, it flowers with 5-7 petal-like sepals that range in color from blue to purple, and are usually over an inch in length. It ranges from Alaska to Texas and grows in open, well drained, sandy soil. It is found in various habitats from the Great Basin to the ponderosa pine, Douglas fir, and limber pine forests of the Rocky Mountains. It is usually one of the first flowers to bloom once the snow melts and is also known as the Prairie Anemone, Blue Tulip or Wild Crocus (for the flower’s shape), and American Pulsatilla.

Although it is poisonous, some Native American tribes would use crushed leaves from the anemone, extracting the sap which contains glycoside ranunculin, as a counter-irritant for bruises, arthritis, and sore muscles. Experienced homeopaths have also used minute doses for home remedies, although it can raise blisters on sensitive skin. Always do your research before taking it upon yourself to seek edible or medicinal plants!

The Pasque Flower is commonly seen in early spring and often provides an exhilarating preview of wildflowers to come. Although it is still early in the season, a few other wildflowers will be appearing this spring too, such as the Glacier Lily, Shooting Star, and Western Blue Flag. Take the time to spot these heralds of spring as we move through the season for a peek into summer.

Rose Delles is the Finance And Accounting Manager for Walking Mountains Science Center. She is biding her time until summer by roaming Colorado from deserts to mountains looking for wildflowers.