Don’t take them for granite!

As you drive up the winding Highway 24 up to Red Cliff on a fine autumn day, look out the window and see how the contrast of red cliffs, green conifers, and splashes of yellow aspens paints a pretty fall picture. And with the addition of snow, the patchwork of colors is that much more eclectic. A beautiful sight and one that will change throughout the seasons, but there’s another story of change that is a little less obvious in this landscape. Let’s dig beneath the now snowy surface and unearth some of the stories that the rocks can tell us.

One of the most prominent features near the town of Red Cliff are the red cliffs. This vibrant hue is due to the quartzite rocks in the cliff faces containing hematite. Specifically, it’s the oxidation reaction of the iron found in the grains of hematite that becomes rust when exposed to oxygen which turns the rocks red. Quartzite itself is a hard metamorphic rock that does not weather easily. Quartzite ridges are often exposed with barely any vegetation because it is difficult for the roots to dig into the hard and nutrient-poor substrate. 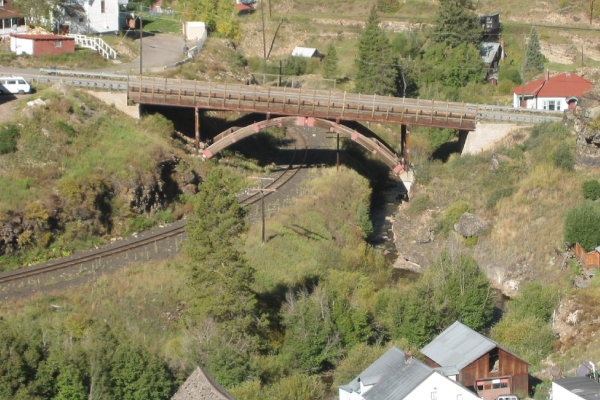 Another neat geological phenomenon to keep an eye out for near Red Cliff are glacial erratics. These are rocks that were moved from one place to another by a glacier. They can range from the size of pebbles to giant boulders and the lithology, the type of rock, of glacial erratics are different from the bedrock of its landing site. This means that based on the lithology of some of the erratics, it is possible to determine from where, when, and the direction the glacier flowed. Glacial erratics often bare signs of their journey with striations or scratches, rounded edges and polished faces.

Glaciers are a huge player in landscape modification and their existence in Colorado is due to certain topographical features. In the winter, the snow can accumulate at the crests of high elevation ridges in the east- to north-facing cirques and then remain in the shade in the summer, creating an ideal condition for glaciers and snowfields. A long time ago, most of the Colorado mountain ranges were covered in glaciers and even some small ice caps existed! The glaciers first formed roughly 3 million years ago during the first ice age. The glaciers fluctuated in size with rapid glacial expansions during the super freezes and when the climate would warm, they would shrink. These fluctuations caused the glaciers to move and carve mountain valleys like the ones found in the White River National Forest by Cross Creek and Gore Creek. Today you will only find a fraction of these former glaciers. There are over 135 permanent snow or ice bodies mapped in Colorado, but only 14 glaciers have been named and most of them are found in Rocky Mountain National Park. 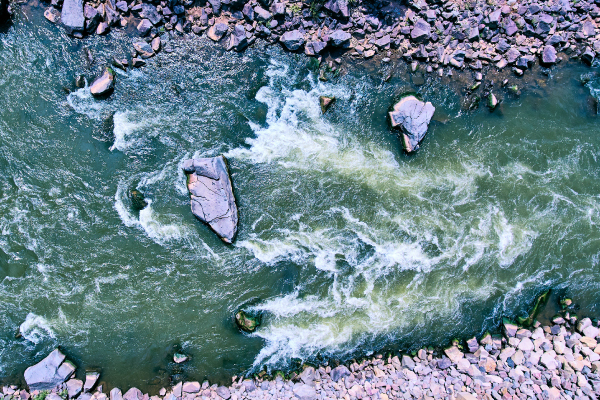 Glaciers carve their stories into the mountains and the rocks can tell us a lot about the history of a local area. They can give us a partial glimpse into the past which can help us understand why certain places, like Red Cliff, look the way they do. There’s still so much to learn and understand about how the landscape was shaped, but we can get a better idea by studying the rocks and their movement. Next time you’re on a hike in the Red Cliff area, keep your eyes open for rocks that may look out of place and picture them getting there by being carried under a giant sliding sheet of ice carving down the mountain.

Christina Nourmiev is a Naturalist with Walking Mountains Science Center. Not by any means an expert geologist, just trying to understand and decipher the different stories that nature has to offer.