The Science Behind Cuteness

Spring is in the air and it’s that time of year again - snow melts, leaves emerge, and birds migrate back. And what does that also mean? New life is brought into the world and we have baby animals galore! 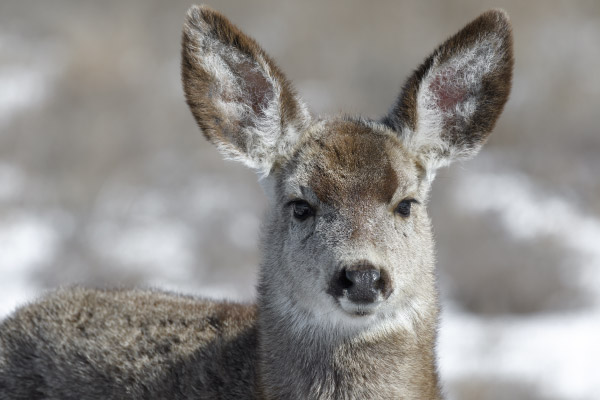 Think back on the last time you saw a kitten or puppy. What was your reaction? Was it filled with smiles, exclamations of “aw” and “how cute?!” I cannot think of an instance of seeing a baby animal whether it was a domestic pet or out in the wild and thinking anything other than positive, heart-tugging sensations. Even with species like lions, bears, skunks, or porcupines, whose adults may look terrifying or not as appealing to get close with a cuddle, when I see their babies my heart just melts.

But where does this “cuteness” come from? What is the science behind baby animal cuteness? And why do we as humans find babies of any species so cute?

Let’s examine a baby animal, what about a baby chick? What physical and behavioral characteristics can you point out? Baby chicks have large round eyes, a large head and body, a new and soft coat of down feathers, a tiny beak, and are a little wobbly on their feet while still learning how to efficiently move around. Not only do baby chicks have these traits, but human babies, along with other animal species babies have these traits as well.

Konrad Lorenz, Austrian ethologist and zoologist of the 1930s, suggests these traits and characteristics just identified are the perfect combination to cause all the “warm and fuzzies” in what is called the Baby Schema Effect. This effect we feel when we see a baby human or animal is more of a biologically built-in behavior than a learned behavior, according to Lorenz. It is in our genetic makeup that we feel this way when our brain detects those cute characteristics outlined by Lorenz.

Megan Glocker et. al stated that the Baby Schema Effect is a “releaser” in which the characteristics of the large, round eyes, large and round head, and a fuzzy body are the specific pattern to set off a certain type of behavior in us. Specifically this behavior alludes to the art of caregiving and altruism. Altruism is the act of caring for the well-being of others over the needs and interests of our own.

Not only is it ingrained in our brain to perceive babies as cute, but it is also in our nature. Humans have evolved to have a “caring” instinct for babies and not just human babies, but other species as well. According to Angela Saini from BBC Earth, in our lifetime, we begin relying on our parents as we cannot fend for ourselves as babies, then as we age and mature that maturity causes us to want to care for our future offspring and for other species as well. It is in our nature to nurture due to the cuteness.

So, the next time you happen to spot a baby elk following its mother out in the open field or watching a bunch of kittens playing on YouTube, you may catch yourself smiling and thinking “Aw, how cute!” Remember, it is due to your brain identifying those physical and behavioral characteristics of the Baby Schema Effect. And you can’t help it! “But they’re just so darn cute!”

Christina Belardo is the Girls in Science Coordinator at Walking Mountains Science Center. In her free time, she is a scientific illustrator exploring the outdoors through pens and a sketch pad.