A Tale of Two Ranges (Sort of) 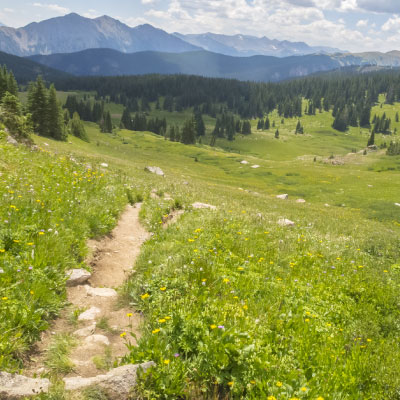 Not too long ago, I found myself looking down on Pitkin Lake to our valley below. Taking in the view was a nice break from the general state of anxiety that often accompanies long days of alpine scrambling, type-2 fun at its best. Before trusting my next hold, I place a hand on the small block of rock and pound its side.

The lake below is a popular destination, and a worthy aerobic challenge. However, for those of us who see trails as access routes rather than destinations, the ridgelines above are irresistable. The Gore Range offers a nearly continuous ridgeline of *mostly* high quality scrambling from Eagle Nest Peak at its northwestern terminus all the way to Buffalo Peak, some 30 or so miles southeast. The mostly solid (for Colorado) granite, as evidenced by the comforting “whump” and lack of vibrations I felt when giving it a solid pounding, goes a long way to making a day of type-2 fun slightly, well, more fun.

Just a few miles away, however, the Gore’s southerly cousin, the Sawatch Range has a notably different feel. After years of exploring both ranges, I can’t help but wonder why these two are so close in geography but so different in character?

Why are Mt. of the Holy Cross’s eastern slopes classically glaciated, with steep cirques and alpine lakes, while its western side is so moderate? Why do most Sawatch 14ers look more like tall, rolling hills (referred to by some of my friends as ‘the mole-hills’) than the craggy peaks and spires of the Gore?  And most importantly, why is the rock so good on the north-side of I-70, and so bad on the south? 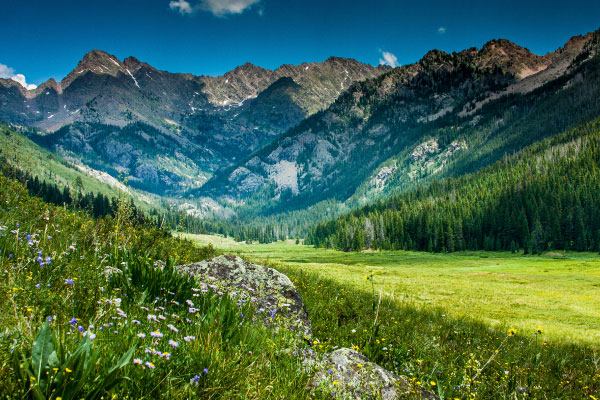 Time to become a geologist!

Nevermind. It turns out geology is hard.

I set out to write this article as motivation to finally find some answers. However, as often happens when trying to become an off-the-couch expert in an entire field of scientific study, I’ve walked away with just a few interesting facts and many more questions.

As with the rest of Colorado’s peaks, the Gore Range has its origins in the Laramide uplift 40-60 million years ago. It rose to current heights, and continues to rise, in a subsequent uplift that elevated the adjacent Colorado Plateau from sea level to current heights.

The Gore Range is a fault-block mountain range, similar to the Tetons. Fault-block mountains are created when the crust on one side of a fault drops, while the other uplifts, rather than both sides pushing into each other. The knife ridges and picturesque cirques which give the Gore its current aesthetic were sculpted during a recent period of alpine glaciation that characterized most of the last 3 million years, ending just 10-15,000 years ago.

The Sawatch range, on the other hand, is half of a large anticline, essentially a giant bulge in the earth’s crust. The other half of this formation is the Mosquito Range, separated from its twin by the Arkansas River Valley which was formed by the Rio Grande Rift 20-30 million years ago. These peaks were also covered in expansive glaciers for much of the last 3 million years. However, for some reason, these glaciers left their mark in less dramatic fashion.

Thanks for that, erosion.

So, after hours of pouring through the internet, and attempting to decipher geological jargon, I’m still curious. Does something about the nature of anticline formation explain the Sawatch’s moderate aesthetic? Or is there something about the type of rock that makes up these two ranges that explains their differences? 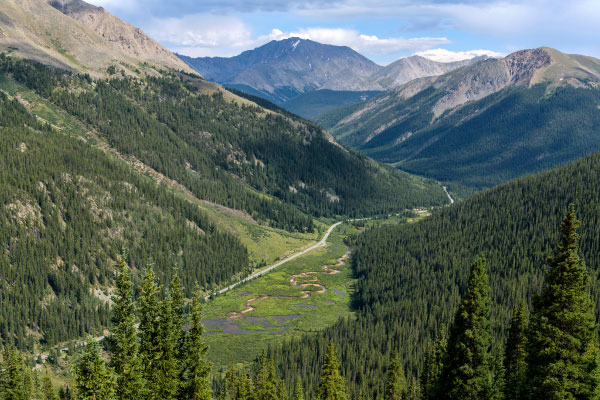 Maybe this is my geologist origin story. Maybe I’ll come back in 50 years with big words and a few PhDs, geology’s crazed and haggard equivalent of Back to the Future’s Doctor Brown, to write this article’s sequel. Maybe.

In the meantime, however, you can find me on the north-side of I-70, scrambling my days away in the Gore--still wondering.

Nathan Boyer-Rechlin is the Community Outreach Coordinator at Walking Mountains Science Center. He’s not a geologist yet, but don’t rule it out in the future.