A Tale of Two Ranges: The Sequel

“Hi, my name is Randall Streufert from Summit Geology, and I’m here to answer all your questions”

I’ve never received such an intriguing voicemail. Not even those targeted facebook ads promise something so grand. Remarkably, in this case it turned out to be true.

A few months ago I set out to write an article (published here in July) about the geology of our two local mountain ranges, the Gore and the Sawatch. I was curious why the Gore is so steep and jagged while the Sawatch resembles the northern remnants of the Great Wall. Much to my frustration, even the internet couldn’t yield definitive answers and I was just left with more questions, which brings us back to that voicemail.

What followed was a deep dive into geologic history that felt more like reading a fantasy novel than my college textbooks. After a call back and another hour of geologic story telling, I did indeed have answers. 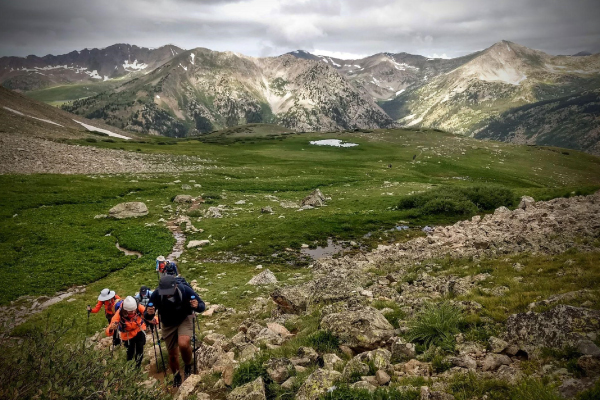 Looking out over the Upper Piney drainage in the northern Gore Range.

In the tens of millions of years since the modern Rockies first rose (and not even close to the heights they reach today), antecedent rivers have cut dramatic canyons through rising ranges, entire regions rose thousands of feet, volcanoes erupted, a mountain range was lost only to re-emerge, and glaciers sculpted dramatic landscapes from previously rolling peaks.

The Gore Range is less tame. These peaks rose along faults left over from the ancestral Rockies and have remained active since. Even 20 million years ago the Gore's jagged peaks may have looked much like they do today. The spine of this range is a horst, a sharply raised block bounded by the Blue River and Gore faults on either side. While the anticline that forms the Sawatch has been dormant for 30 million years, recent uplift along these faults has been measured at only 5 million years old. The steepness of the horst and fault-block formation combined with continual uplift and recent glaciation has resulted in the solid rock and steep, jagged appearance that defines these peaks. 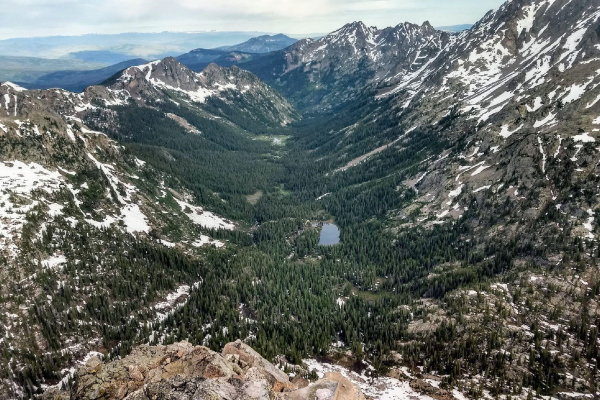 Traversing a high ridgeline between the Spider & the Fly, above the Booth Creek drainage in the Gore Range.

At its most simplistic, the difference between these two ranges is age. As Randall likes to say “What’s really outrageous!” is that everything we see in Colorado today looks like it does because of a 10 million year old uplift.  And “10 million years just ain’t [anything] in geologic time.” 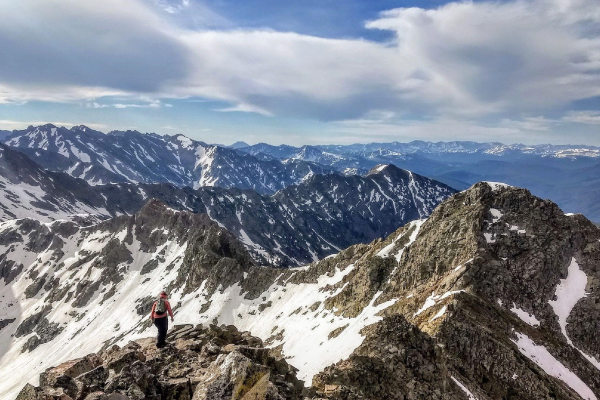 Members of the Walking Mountains Hiking Club climbing the slopes of Mt. Huron in the Sawatch Mountain Range, near Leadville.

Randall Streufert is the Principal Scientist at Summit Geology and Consulting. He previously spent his career with the state, studying the Gore Range and other geology throughout Colorado. Nathan Boyer-Rechlin was the former Community Outreach Coordinator and lead hiking guide for Walking Mountains Science Center, this is his final contribution to Curious Nature. *All photos taken by the author.