In the animal kingdom, mating is no easy task. Locating, attracting and keeping a mate can be a daunting task and it can get pretty strange. From death and violence to artistry and performance; ensuring your genes are passed along to the next generation takes a lot more than a good online profile. Honey bees, garden snails, puffer fish, and bowerbirds are just a few examples of animals that take mating rituals to unique and bizarre levels. 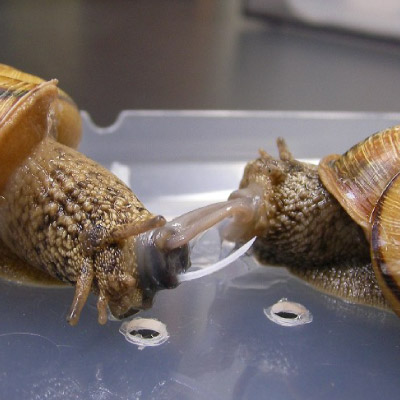 When a queen bee is ready to mate, she will leave her hive and take flight. The queen goes on several mating flights and can mate with multiple male bees, called drones, in the same flight. Mating is a deadly dance for drones. When the queen bee leaves the hive to mate, a drone will mount her mid-flight. A drone will then insert its reproductive organ (endophallus) into the queen to deposit sperm. When the drone has successfully mated and tries to fly away, he literally explodes. His endophallus remains in the queen and his lower abdomen is ripped off, killing him. The queen stores the drone’s sperm, returns to the hive and begins laying eggs for the rest of her life. YAS QUEEN.

Garden snails also have a violent aspect in their mating, but with quite a different outcome. Garden snails are hermaphrodites, meaning they have both male and female reproductive organs, enabling them to produce both sperm and eggs. When ready to mate, snails use their antennae to rely on their sense of smell and touch. They use their antennae to feel each other and determine if they are selecting the right mate. If it's a match, they shoot each other with their “love dart” called a gypsobellum. The gypsobellum pierces the skin of the other snail, uniting them to mate. Since they are hermaphrodites, they can both transfer sperm to one another. In the case that they both fertilize one another, each snail will develop and eventually lay eggs.

With explosions and love darts, mating can be a gruesome affair in the animal kingdom, but it can also be artful. In the depths of the ocean, puffer fish construct magnificent patterned circles in the sand by flapping their fins. These circles are often 15 times their body size and can take them over a week to make. Imagine the patience it must take to create such an intricate pattern on the ocean floor. Not only do puffer fish construct these patterns in the sand, they also decorate them with shells and different sediments to create a unique look and color effect. If a female is impressed with what she sees, she will lay her eggs in the center of the circle to be fertilized. 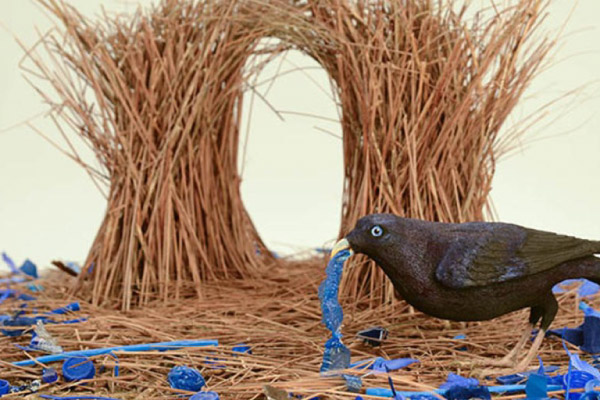 Another talented artist is the Bowerbird. Many birds are known for eccentric courtship styles, but this native to Australia goes above and beyond through artistry, architecture and illusion. Male Bowerbirds spend months collecting tiny twigs and fashioning towers known as bowers to attract females. After building the main structure, Bowerbirds use their keen eye to decorate their bower with flower petals, berries, stones and glass. If a female shows interest, the male will stand in his bower and begin showing off his vocalization skills by mimicking the calls of other birds, animals, and even human-made sounds like construction. A female will step through a male’s bower to mate and after she leaves the male is quick to maintain the structure to attract his next potential mate.

The great lengths these creatures will go to find a mate clearly demonstrates how it is truly survival of the fittest in the animal kingdom. So remember, whether a dance, love dart or song, never settle for less y’all.

Katie Wareham is a Winter Naturalist at WMSC. She is fascinated with the animal kingdom and recommends watching Dancing with the Birds on Netflix to learn more about unique bird mating.