The Venomous Spiders in Our Backyard

Spiders are one the lesser known and feared animal species in the public eye. It comes to no surprise how one could confuse a venomous brown recluse (Loxosceles reclusa) with a common nonvenomous cellar spider (Pholcus phalangioides). Along with this comes the spread of misinformation, commonly in the form of someone asking a neighbor about a spider, to which the neighbor replies, “Of course that is venomous! Look how scary looking it is!”.

Misinformation can cause panic and rash action, which often does not bode well for anyone. You can, however, rest assured knowing that there is only one venomous spider here in the mountains and it is the black widow (Latrodectus Hesperus). As in any case of something unknown and spooky, it is important to learn more about the black widow so that if you happen upon one you will be prepared and hopefully less scared.

Black widows are very distinctive in color and shape. The first image that may come to mind is a black spider with a large abdomen that has a red hourglass shape on the underside of it. If the spider has a color pattern like this, then it is a female. The males are lighter in color and tend to have pinkish spots on their backs. However, you are more likely to see a female because the females eat the males after mating, thus being dubbed “black widow”. The red hourglass shape on the female is to warn predators that she is indeed toxic to eat. This is also great in warning humans that she is not to be bothered. In fact, black widows only bite humans when disturbed. Spiders would much rather be left alone to tend to their favorite meal of flies, mosquitoes and beetles. If a person gets bitten by a black widow, it rarely results in death. There are symptoms however, such as nausea, abdominal pain and sweating. You can choose to wait these out or go to the hospital to see if they have some black widow antivenom on hand. High risk individuals include the very old and the very young. 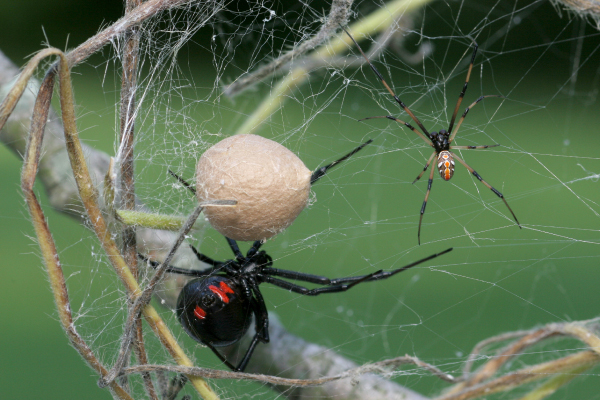 While there is currently only one venomous spider in the mountains, changing temperatures as a result of climate change may allow venous animals to expand their range. Most terrestrial venomous species of animals (snakes, insects and spiders) are cold-blooded, or ectotherms. This means that they do not regulate their body temperatures internally. Instead the sun heats them up and gives their bodies the ability to function smoothly. As the temperature increases, they are able to move into other regions that they might not have been able to survive in before.

When talking about spiders specifically, it is theorized that spiders' geographic distribution will become larger and bring them into contact with humans more often. There has already been an increase in brown recluse spider bites in the Midwest as they interact with more people. We have not yet seen evidence of different venomous spiders moving into our mountain home, however the potential is there as the climate continues to change. Overall though, do not fret. If you happen upon a spider here in the mountains it is probably not venomous and remember spiders prefer to be left alone just as much as people generally would prefer to avoid them. 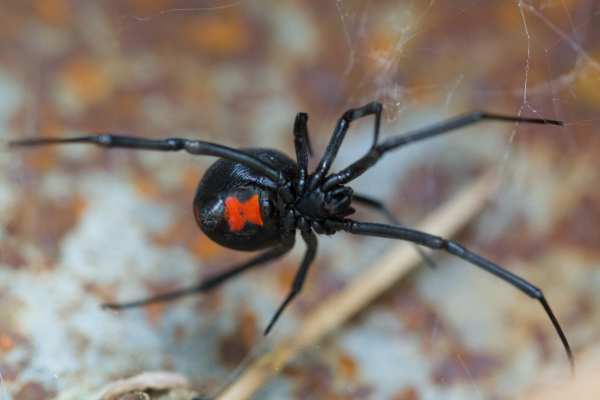 Find out more about climate change:

Savannah Kerns is a Summer Naturalist at the Walking Mountains Science Center, frequently seen capturing hummingbirds that got inside and then releasing them outside.