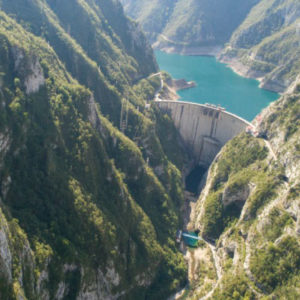 The Balkan Peninsula, or Balkans, is a region in southeastern Europe composed of 10 different countries. Dubbed the Blue Heart of Europe, the region is home to the last wild rivers in all of the continent. However, dams, hydropower projects, and river diversions threaten to destroy the richly diverse culture, history, and ecology of the region. Blue Heart, a documentary film by Patagonia, tells the story of communities who come together to protect their rivers, and by default, their livelihoods.

Blue Heart is this month’s Sustainable Film screening at Loaded Joe’s in Avon on February 5th and at the Dusty Boot in Eagle on February 19th. The Sustainable Film Series is an annual project of Walking Mountains Science Center intended to raise awareness and encourage community conversation about pressing issues impacting our world. Encompassing themes such as biodiversity, environmental conservation, renewable versus clean energy, and cultural preservation, Blue Heart exemplifies the interconnectedness between people, their culture, and nature. Though the Balkans is a region many of us probably do not know a whole lot about, the universal themes presented are unmistakable.

For those who live in the Colorado high country, Blue Heart reminds many of us of the sacredness of nature and the personal connection we feel with it. At the same time, it also forces self-reflection on the built environment that exists around us and how humans have imposed their will on nature, often in permanent ways. With the recognition of their rivers threatened, their way of life endangered, and their natural environment irreplaceable, Blue Heart documents the fight of ordinary citizens against powerful forces. It is a positive story that reminds us about the strength of a community, importance of having a voice, and standing up for nature as a place we call home.

To view the entire line-up of the series, visit www.walkingmountains.org/films and for more information about this film, visit https://blueheart.patagonia.com/