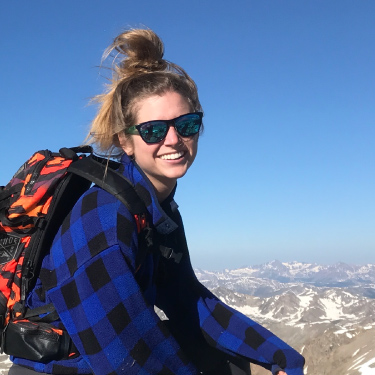 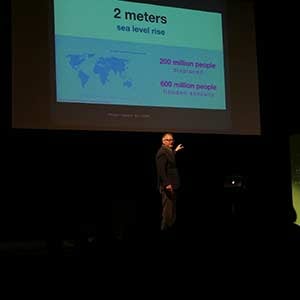 At the Getting to Zero: From Radical to Rational event in January (watch the recording below), the speaker Professor Rob Davies laid out a distressing scene. We are exploiting our planets resources at an unsustainable rate and while we do so, are releasing gigatons of carbon dioxide into the atmosphere of our planet.

This release of carbon dioxide, a heat-trapping greenhouse gas, has the potential to alter the climate of our planet to a state that modern human civilization has never lived in. The systems our modern society has built and rely on, including food and energy production, the location of our most populated cities, water systems, and vegetation growth, will change and may change in such a way that those systems will collapse. But, as Dr. Davies explained in his talk, the good news is our society has not tried, in a concerted effort to address the problem. We have the power to change our systems, to stop emitting carbon dioxide and to actually stop and reverse the growing amount of greenhouse gases in our planet’s atmosphere.

The term “drawdown” refers to reducing the amount of carbon dioxide in the atmosphere. To date, the majority of the world-wide commitments to help address climate change have directed us to slow down the amount of emissions we send into the atmosphere. However, as Paul Hawken writes in his book “Drawdown” “If you are traveling down the wrong road, you are still on the wrong road if you slow down.” In other words, the problem cannot be addressed by continuing business as usual with less carbon emissions. We need to completely rethink business as usual and create systems which completely halt carbon pollution and begin to remove the existing carbon from the atmosphere.

This “systems level change” can begin at a local level and that is exactly the challenge the Climate Action Collaborative undertook in immediate response to the news presented by Dr. Davies. The Collaborative is creating (or has created – depends on when this runs) a study to identify which actions local governments, businesses, and individuals can take to drawdown our communities carbon dioxide emissions. The strategies will use science to dictate their efficacy at stopping and removing carbon dioxide from our community and were found through a robust review of strategies other communities have started to adopt. For each selected strategy will use greenhouse gas modeling to understand exactly how much carbon these strategies will eliminate and the timeframe in which we need to implement the solution to hit zero carbon emissions by mid-century or earlier. The strategies for drawdown directly address emissions from the four sectors associated with our communities emissions; buildings (residential and commercial), power supply, transportation, and landfill. We’ve also selected strategies that begin to immediately remove carbon from our atmosphere through carbon sequestration, while we bring our carbon dioxide emissions to a halt.

Once the study is completed, the Collaborative hopes to share this roadmap with our communities elected leadership so they can have the tools they need to take serious, immediate action on the impending challenge of a changing climate.

Together the Climate Action Collaborative can utilize these results to achieve our carbon reduction goals of 25% by 2050 and 80% by 2050.

Getting to Zero: From Radical to Rational from Eagle County Government on Vimeo.