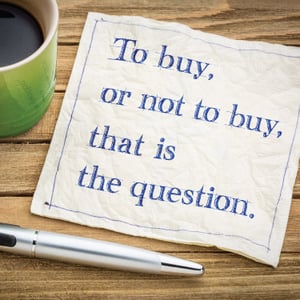 We’ve all heard about, or perhaps experienced the chaos that is Black Friday, the day after Thanksgiving and one of the busiest shopping days in the US. Black Friday is typically thought to have its name because it was thought that it was the day during the year where businesses would go from being in the ‘red’ (not making a profit) to being in the ‘black’ (making a profit). However, the real origins of the day Black Friday have nothing to do with profit, and began in Philadelphia in the 1950’s.

The City coined the term for the day after Thanksgiving when hordes of suburbanites would flood the city for the Army-Navy football game that is played yearly on that Saturday. Police in Philadelphia would not be able to take Friday off and would have to work extra-shifts to monitor the immense football fan crowds flooding into the city, since coining the day “Black Friday”. Then in the 1980’s retailers found a new way to spin “Black Friday” into a positive thing marketing technique that they could use to drive sales after the Thanksgiving Holiday. Black Friday, as we know it today, carries on that technique that was born in the late 1980s and continues to be a day dedicated to consumerism.

In response to this consumer-based holiday, National Buy Nothing Friday was started in Vancouver in 1993 to urge people to change their consumer habits. In 1997, the day's founder, Ted Dave, moved this new holiday to the day after Thanksgiving in response to the American holiday, Black Friday. Since then, more than 30 countries have adopted the campaign in various ways. In one generation, Black Friday, has changed from a 1-day holiday to a 4-day event, including other shoot-off days such as Small Business Saturday and Cyber Monday. National Buy Nothing Friday has also driven other campaigns, outside of Buy Nothing Friday, to encourage folks to leave consumerism behind the day after Thanksgiving.

Approximately 40% of our individual carbon footprints are the result of the things we buy. These emissions come from the raw materials, energy, and water needed to produce and transport the item, as well as the waste, that is generated throughout the production process and at the end of the product's lifetime. The first R in our 3-R’s is Reduce. The best way we can make our carbon footprint smaller is by first reducing what we buy, reusing what we can, and then recycling what is left over.

This year, instead of spending hours competing for the best deal, take advantage of one of these cool ways to celebrate the day, without indulging in consumerism.


Kim Schlaepfer is the Climate Action Collaborative Manager at Walking Mountains Sustainability. She can be reached at KimS@walkingmountains.org