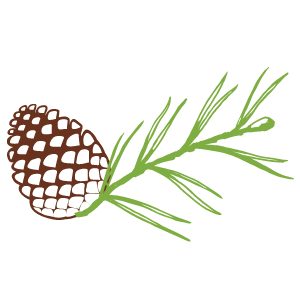 What do Chinook, Coho, Sockeye, Humpy, and Chum all have in common? All five are species of salmon that thrive in the North Pacific waters of the U.S. and Canada.

Salmon is considered a keystone species, meaning there are many other creatures that rely on them. 137 creatures to be exact!  Simply put, the salmon migration during spawning season helps replenish and maintain entire ecosystems, from the animals that eat the salmon, to the decomposers who break down their dead bodies, to the trees that grow from their broken down nutrients. They are very important in maintaining a diverse and healthy ecosystem.

Bristol Bay is home to these keystone species, considered the largest remaining sockeye salmon run in the world. It is also considered one of the true gems of Alaska, while remaining one of the most sustainable, wild-caught salmon fisheries in the world. Many people use the area for recreation, food, and economic livelihood. However, all of this beauty and sustainability is threatened by the proposed Pebble Mine, located at the headwaters of the Bristol Bay watershed.

This proposed mine follows the age-old tradition of man’s domination over the environment, however, the local residents and organizations of the Bristol Bay are determined to reverse that narrative. Join Walking Mountains Science Center as the Sustainable Film Series continues this month with ‘The Wild’. Mark Titus, the filmmaker and narrator, demonstrates his true love for the area and the salmon, takes on a journey with both personal, deep meaning, as well as one with global implications. Titus explains how the Bristol Bay area and his connection with salmon has allowed him to overcome alcoholism and see a new hope for the future. Once the EPA relaxed their regulations for a mine in an area that provides 46% of the world’s wild sockeye salmon for consumption, he took it personally and decided to make it his mission to prevent a mining company from permanently damaging this truly “wild” place.

‘The Wild’ will be screened at Riverwalk Theater in Edwards on Wednesday, March 11th at 6:30 PM and is free to attend, although a $5 donation is recommended. Kaleb’s Katch, a local sustainable seafood business will be joining Walking Mountains. Kaleb Walker, owner of Katch, was a Commercial fisherman on the “Sound and Fury” for Captain Robert Lebovic for five seasons in the Bristol Bay. He and his Crew will be there to talk about the beauty of Bristol Bay and share information on threats of the wild salmon. Plus some yummy door prizes could be snagged.

The Sustainable Film Series is intended to raise awareness and encourage community conversation about environmental issues impacting our world. To view the entire line-up of the series, visit www.walkingmountains.org/films and for more information about this film in particular, visit https://www.thewildfilm.com

What: The Wild is part of the Sustainable Film Series