To Eat or Not To Eat Beef? That Is Not The Question.

“Book after book, article after article,” Nebraska cattle rancher and steakhouse owner Jim Jenkins has spent the last half-decade exploring criticisms of the beef industry. Most of us would look for claims that support the work we do, but Jenkins is engaged in the noble pursuit of understanding the other side.

Plant-based diets are not new, but recently, they have been heavily incorporated into the climate solution playbook. The agriculture industry is responsible for about 11% of US greenhouse gas (GHG) emissions, but it is the top source of methane emissions, which are 28x more potent at trapping heat in the atmosphere than CO2 and contribute significantly to climate change. Globally, livestock alone accounts for about 14% of GHG emissions, however, the slice of the US emissions pie is small, at only 3% of the total. 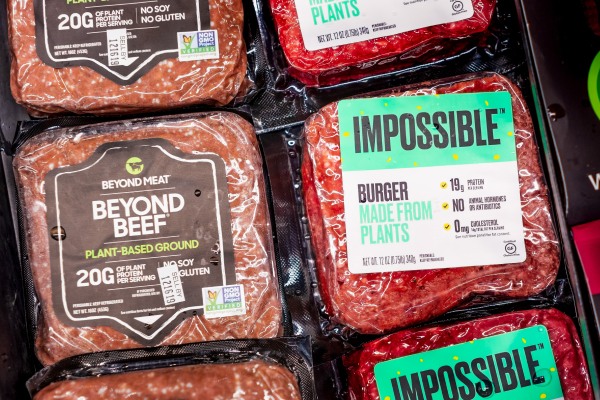 Many plant-based alternatives to traditional meat-based burgers like Impossible Burger and Beyond Beef have become more mainstream in recent years.

Still, advocates are calling upon the individual to cut meat, and therefore cut the carbon footprint of livestock. Promoting meatless diets has proven to be contentious in countries like the United States, where nearly 90% of Americans still incorporate meat into their meals. Many across the globe, like Jenkins, also rely on the industry for their livelihoods. The issue is polarizing, pitting vegans against meat-eaters, environmentalists against ranchers, and spurring a slew of slanderous bumper stickers and stereotypes. 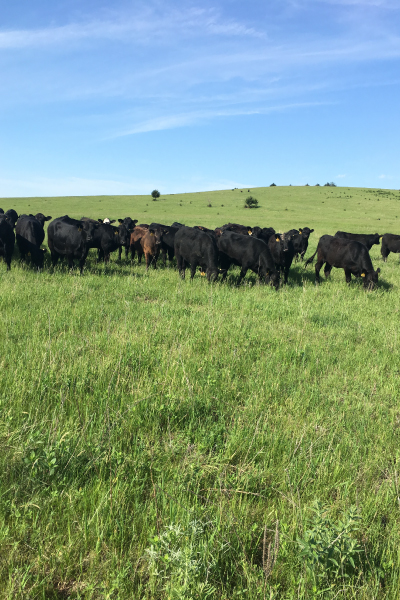 Jenkins has meticulously examined the issue. Yes, ruminants (cows, sheep, buffalo, etc.) emit methane and methane emissions have a planet-warming effect. However, methane from cows–called biogenic methane–is different from the gases produced by burning fossil fuels. Both only stay in the atmosphere for about 12 years, but unlike fossil gases, biogenic methane is a flow gas. It cycles in and out of the atmosphere via cows and vegetation. Fossil methane originates underground. Once emitted, it contributes a new stock of methane that wasn’t supposed to be there in the first place. It still degrades after a decade, but it degrades into CO2, and the result is an oversupply of carbon emissions that can’t be reabsorbed.

Due to the nature of flow gas, consistent herd numbers shouldn’t add to the planet's warming over time. Luckily, the US industry is efficient, and has managed to decrease the herd from over 135 million head to about 92 million in the last 50 years, all while increasing food production. Additionally, data shows that dietary changes are not the panacea to curbing livestock emissions that still occur. Research suggests that if the whole country participated in “Meatless Mondays,” emissions would only decrease 0.4%. Taking in all this information, Jenkins is asking for both sides to lower their (pitch)forks and knives. Rather than villainizing beef or broccoli, fighting climate change is about reducing concentrations of stock gases like CO2. The livestock industry can be a key player if we turn our attention toward–drumroll, please–grasslands.

“People love to talk about the rainforests, the oceans, the mountains, but no one ever takes vacations to the grasslands. There just isn’t a lot of interest,” says Jenkins. Yet, grasslands make up 20-40% of the world’s landmass, and it is time to take notice. Grassland ecologist Lauren Sullivan sums up why. “‘[Grasslands] provide food for livestock, habitat for wildlife, prevent soil erosion, support pollinators, and capture a lot of the world’s carbon.’” However, these deceptively complex ecosystems receive sparse attention in the conservation space and as a result, we are losing them to unsustainable farming practices. Thus, it is here that Jenkins wants to direct our efforts.

These biomes are a critical climate solution because they are massive and resilient carbon sinks. Studies show that in an unstable climate, grasslands are more reliable sinks than forests because carbon is stored underground, where it can stay anchored in roots and soil even if a wildfire occurs. In forests, a lot of carbon is stored in biomass and is more vulnerable to release during fires or drought.

To maximize grasslands’ carbon storage, we need livestock. If ruminants suddenly disappeared, like they almost did with the near elimination of bison, grasslands would degrade. Woody plants would take over and have a devastating effect on the ecosystem’s biodiversity, which would snowball into disruption of soil productivity, wildlife habitats, and carbon storage potential. Swing to the opposite scenario, where livestock overgraze, the same result occurs. According to Jenkins and other experts, the sweet spot for healthy grasslands lies in regenerative agriculture. The term encompasses innovative livestock management methods that allow for animals to work with the land to revitalize the soil and keep carbon in the ground.

Rotational grazing is a key regenerative practice. Jenkins moves his herd through different paddocks in which they never stay for more than two weeks, and they never return to it at the same time of year. The herds consume buildup of dead material, and they mow down fast-growing, nonnative species, allowing more sunlight and nutrients to reach native plants. Then, when the herd moves on, the disturbance they created helps stimulate stronger plant growth and the area can restore itself. Rotational grazing works well because it mimics the natural way wild herds used to steward prairies and Jenkins’ ranch, which has been in the family since 1876, provides a potent success story. “Our grasslands have sustained cattle and sheep largely without inputs for 145 years. And now due to rotational grazing, multi-species grazing, distributed water and prescribed burning, we are increasing the annual production of grass on our ranch.” 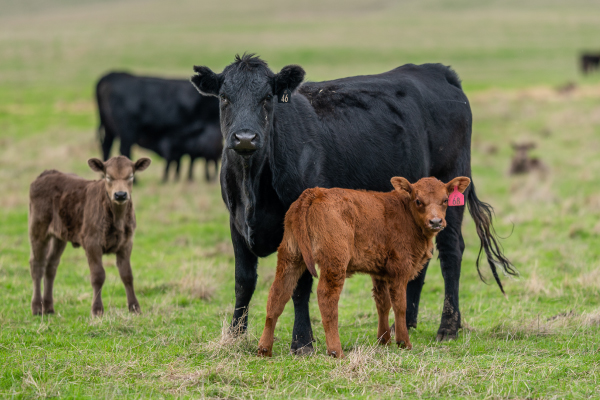 Important to note is that there was never just one herd roaming those prairies. Thousands of plants and animals play a role in managing the grasslands. A rancher can’t emulate this perfectly, yet, incorporating multiple species on their land allows for upkeep of some of that biodiversity. Jenkins incorporates sheep into his cattle herds because sheep eat the weeds, cattle eat the grasses, and no single plant species can take over that piece of land. “Monocultures are not normal for the environment. They are the antithesis of what we want, which is biodiversity,” explains Jenkins. He estimates that there are over 100 species of plants, animals, and pollinators on his land that are supported by his practices.

Modern agriculture has improved tremendously in both efficiency and ability to feed our populations. Still, Jenkins does not deny the flaws that exist in this country’s current system. In fact, he recognizes the issues and is actively working to address them, but he cannot do it alone. His advice for moving forward is sound: instead of vilifying each other’s dietary choices, we could use those efforts to instead be more thoughtful about where our food comes from and how the land that nourishes us is being treated. By shifting the focus toward sustaining our soils, we can use our resources more effectively to address climate change. 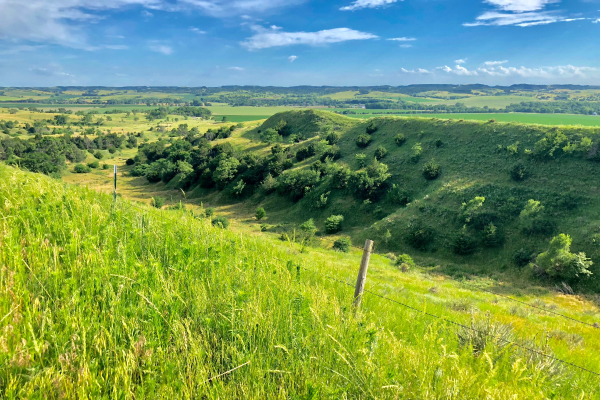 You can use your dollars and your democracy to support sustainable grazing practices. If you are able, you can donate to organizations that are working to conserve grasslands, or volunteer for local restoration projects. You can also encourage your government to incentivize regenerative land use policies, fund carbon sequestration projects, and implement programs to help ranchers transition to sustainable grazing practices.

One final suggestion that goes beyond just eating habits: try to make a conscious effort to meet people where they’re at. More conversations and diplomatic efforts to bridge gaps between opposing groups can mobilize a larger collective effort to better our planet. Let’s start talking.