The Paris Agreement and What You Need To Know 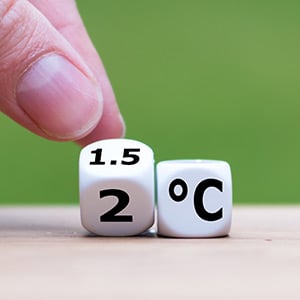 The evidence of climate change and its impacts have become nightly news with raging wildfires, severe drought, a record number of hurricanes, and accelerating retreat of ice shelves. The impact of our fossil fuel based industrialized society, depletion of natural biological resources and exponential population growth has set the stage for a grand experiment in global awareness and cooperation on climate change.

The Paris Agreement on climate change is the most recent and current global agreement on reducing greenhouse gas emissions. Signed in 2016, this agreement has been signed by all 196 members of the United Nations Framework Convention on Climate Change. The Paris Agreement builds upon past efforts to reduce greenhouse gas emissions through the 1992 Rio Earth Summit, 1997 Kyoto Protocol, the 2009 Copenhagen Accord (which set up the Green Climate Fund), and the 2012 Doha Amendment (which extended the Kyoto Protocol to 2020). The Kyoto Protocol sought to establish binding targets for countries in 2012. 191 countries have ratified the Kyoto Protocol; however, the United States dropped out in 2001 and never ratified the agreement.

The Kyoto Protocol sought to establish specific targets and commitments to reduce greenhouse gas emissions for each country along with a legal mechanism for enforcement. In contrast, the Paris Agreement emphasizes consensus-building and allows for voluntary and nationally determined targets. Each country that is a party to the Paris Agreement has made a non-binding political commitment to implement actions to reduce greenhouse gas emissions and report those actions; however, there is no enforcement mechanism that can force any country to set a specific emission target by a specific date.

The Paris Agreement seeks to limit the increase of global temperatures to 2.7 degrees Fahrenheit (1.5 degrees Celsius), which is predicted to limit the impacts of climate change to manageable levels. 186 countries that are responsible for more than 90 percent of global emissions submitted carbon reduction targets, known as “intended nationally determined contributions.” These targets not only describe commitments for curbing emissions, but also include preservation of “carbon sinks”, which are biologically rich forest ecosystems that draw carbon out of the atmosphere.

Each country is permitted to determine its own targets and timeframes under the Paris Agreement. Prior to the Trump presidency, the United States set goals to reduce greenhouse gas emissions by 26-28% below 2005 emission levels by 2025. Specific initiatives included a Clean Power Plan to cut carbon pollution form the power sector and improvements to automotive fuel efficiency standards to reduce transportation emissions.

Another critical component of the Paris Agreement is the commitment of developed nations to provide financing to assist developing nations with climate change adaptation and mitigation via the Green Climate Fund. Abundant opportunities exist to reduce greenhouse gas for substantially less cost per metric ton in developing countries compared to industrialized countries. The original collective financing goal was $100 billion per year from 2020 through 2025; however, only $10.3 billion has been pledged and $8.2 billion confirmed as of early 2020. The United States pledged $3 billion under the Obama administration, but only transferred $1 billion before the Trump Administration came to office and halted further payments.

The Trump administration reduced environmental standards and requirements for the power sector and automotive industry, including replacing the Clean Power Plan with the Affordable Clean Energy Rule (lowering greenhouse gas reductions from 32% by 2030 to 1%), and relaxing fuel economy improvements from 5% per year down to 1.5% per year. These actions undermine and frustrate the ability of the United States to meet its greenhouse gas reduction goals by 2025. These actions also undermine the role of the United States as a leader among developed nations.

Recognition of the need to mitigate climate change and reduce greenhouse gas emissions dates back to the Rio Earth Summit and the George H. W. Bush presidency in 1992. The Paris Agreement represents the latest and greatest global consensus and participation to date. Withdrawal from the Paris Agreement by the United States presents a significant risk of undermining the current global consensus for greenhouse gas emissions, which may slow the commitment and progress for all nations.

This direction is also in line with the Eagle County Climate Action Plan which calls for a 25% reduction in greenhouse gas emissions by 2025 and an 80% reduction by 2050.

The Climate Action Collaborative is a coalition of 30+ local government, nonprofit and corporate partners working together to reduce Eagle County carbon emissions 25% by 2025 and 80% by 2050. Learn how you can help #BeBetterTogether at climateactioncollaborative.org.